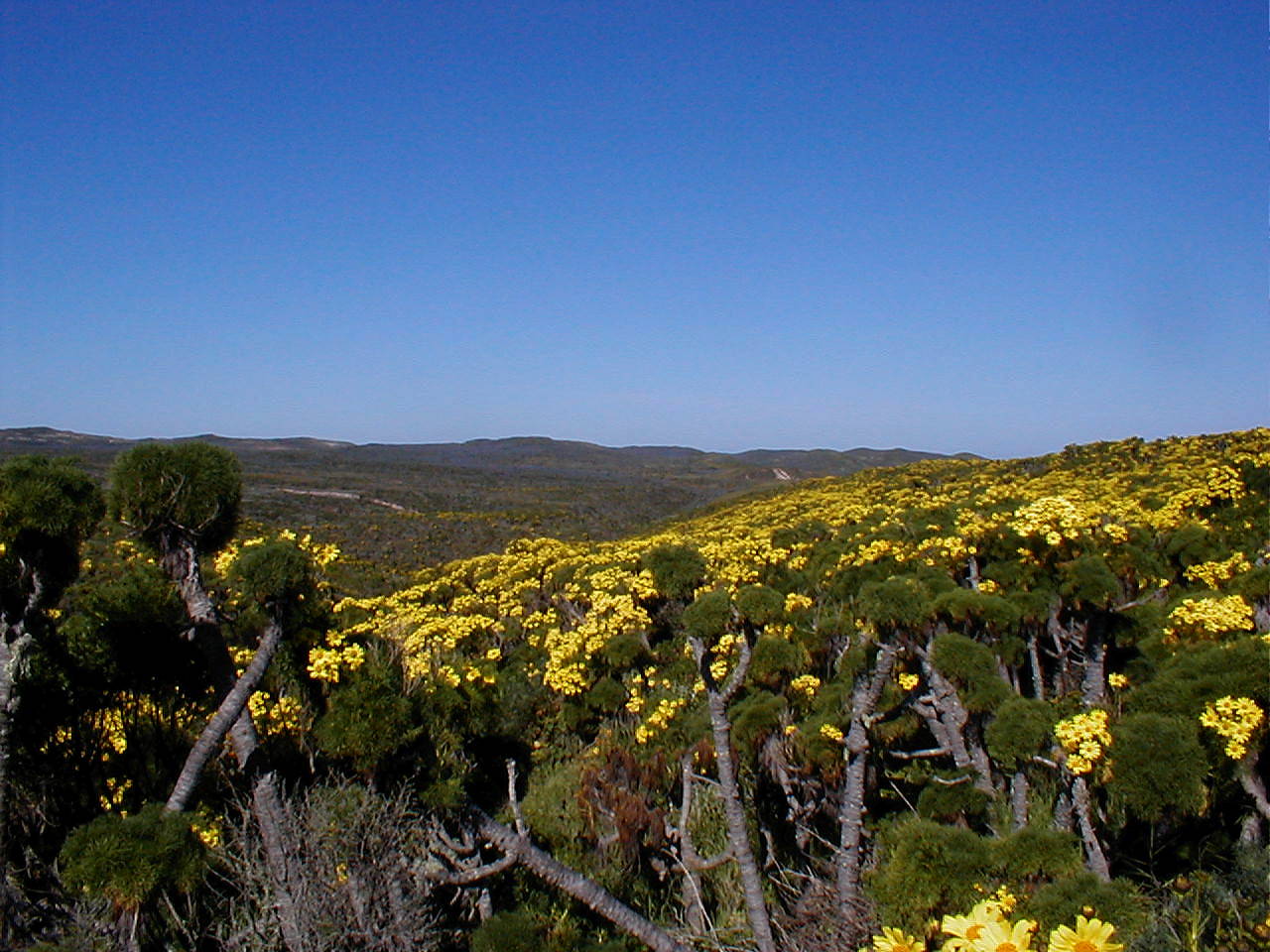 This excerpt from my book Gracious Wild tells of how a female northern harrier hawk began joining me on my morning walks on a lonely island I lived on. Her presence was one of my first confirmations that my encounters with the wild had a broader purpose:

Every morning, I walked into the coreopsis forest to check on the harbor. I followed the trail through the chest-high field of golden blossoms to the crest of the cliff overlooking the bay. There was a large opening in the coreopsis forest here, and an assemblage of large rocks topped by a stone cross stood in the center. This was a monument to a Spanish explorer famous for his exploits in the region. I’d try to get here early while the island was still at rest so I could linger, take in the view of the quiet harbor, and enjoy the short, meditative hike.

Along with the burst into color on the island, I acquired company on my walk to and from the stone cross. Each morning as I crossed the runway and started on the trail, I would hear an approaching keen. At first her cry blared then faded, but as it got closer, it turned into a ceaseless yelling. The female harrier hawk Morappeared coursing straight at me, her dark eyes piercing mine and her brown wings flapping sharply. She came right at eye level set on running me down, mouth open, screaming like mad. The trail was gently sloped, bearing me hard upon her. Just as we were about to collide, I abruptly swiveled on my feet to follow the turn of the path downhill. She immediately pivoted on her wingtips to mirror me.

We then traveled in tandem, my feet and her wings falling in unison. She hovered just 10 or 15 feet above my left shoulder. At times she’d have more to say and I’d turn to her with some smart quip. Wonder where I’m going this morning madam? Other mornings we’d travel in silence listening to each other’s movement and breath. She became so accustomed to expecting me that I often found her waiting at an old fencepost at the turn in the trail. She’d lift off as I approached and take position at my left flank. Her mate was usually in attendance, but he hung back and watched from afar.

The morning company of the harriers brought me limitless solace. Not only did they offer me much yearned for companionship, but they sparked a sense of magic in my being that I hadn’t remembered. I felt a kind of wonder that brought me out of the scientific detachment I clung so desperately to. With the harriers, I didn’t have to pull away and remain swirling in my intellectual dialect. I wasn’t required to pose theories and assign numbers to their movement. I was afforded the opportunity to respond and offered the chance to be a part of the experience.

During my enchanting walk each quiet morning, I re-entered a childhood of the natural world. My movement into hawk territory was no guilt-heavy intrusion into a place I didn’t belong, but rather a visit home. Here I acquired a sense of awe akin with the wild ones. The maiden harrier’s banter was calling me to something bigger than myself, to a purpose I felt stirring in my soul.