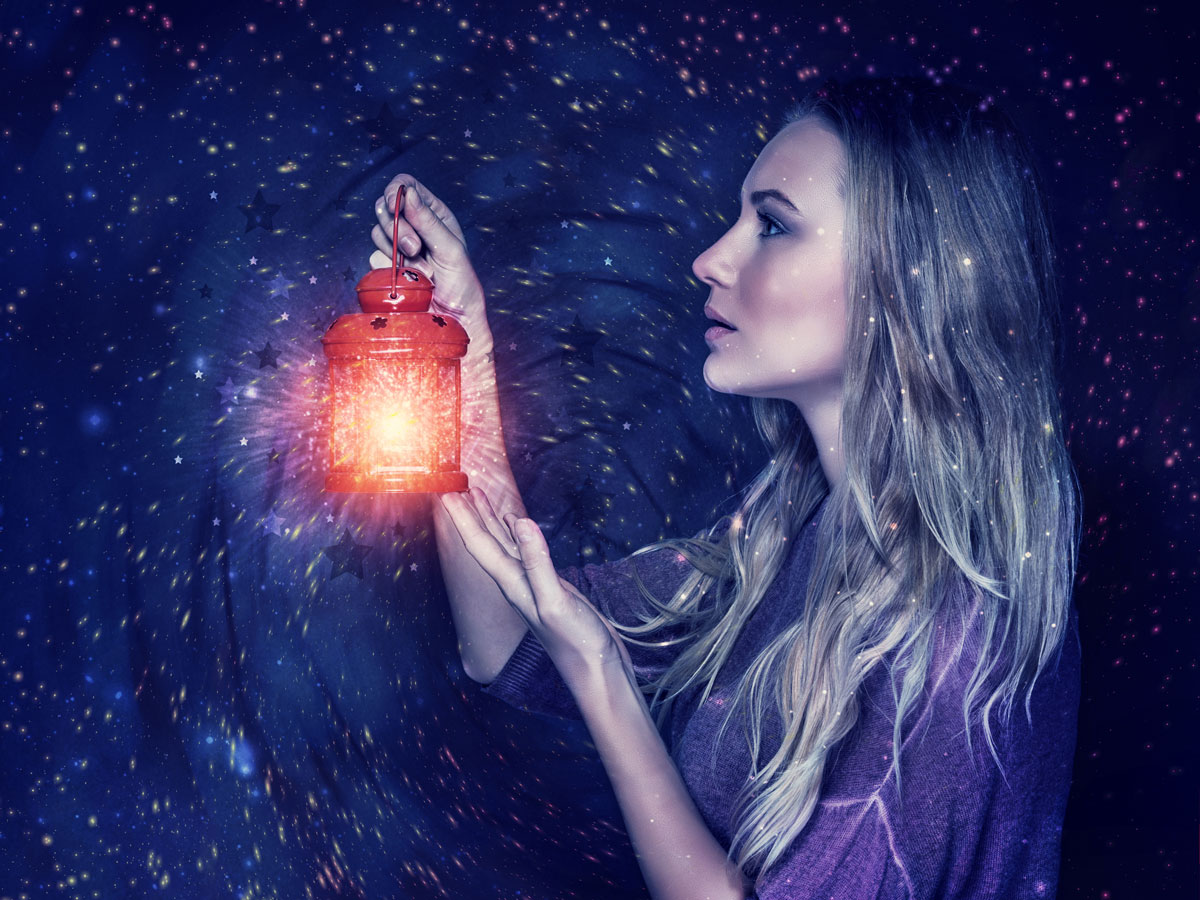 A thick mist surrounds the mystic, shrouding her so you can never quite grasp her. To those around her she is a reservoir of peace. Inside she struggles in turmoil. The keystone of what makes the mystic relatable is her suffering. It is intense and enduring. It is unreasonable. Just like her unyielding love of the Divine.

Suffering of the Mystic Archetype

As a young woman, Julian of Norwich prayed to experience a bodily sickness when she was thirty years old and receive three sacred wounds. Who prays to get sick? Who asks to be wounded? The mystic, she does.The mystic longs to stretch her faith past bodily concerns. She believes this unites her with the infinite. She is often conveyed into divine union through suffering, be it welcome or uninvited.

During her thirtieth year, Julian did fall gravely ill as she had asked for. In the midst of the pain everyone was sure would take her life, Julian had second thoughts. She was read her last rites. She survived to receive sixteen revelations (visions) from Christ, his Mother, and the Lord. Julian lived many more years.

St. Teresa of Avila was plagued by illness throughout her life. She too fell so ill that she was incapacitated for an extended period and nearly died. She survived to experience many spiritual ecstasies and teachings and lived well into her sixties. Her companion, St. John of the Cross, endured painful beatings during an extended imprisonment. This lead him to compose his great work The Dark Night of the Soul.

There are endless stories of the overwhelming suffering of holy people of every faith. This is the pattern of the mystic archetype.

In the shadow, the mystic archetype inflicts bodily pain upon herself mostly through deprivation to try and reach spiritual ecstasy. She can put suffering above all else and lose sight of the One for which she suffers.

Siddhartha, the man destined to become Buddha, nearly starved to death during an intense fast meant to convey him to enlightenment. He was revived by the tears of his deceased mother and gave up the stark ascetic path. There are many merits to the way of asceticism. However, with the mystic archetype in the shadow these self-depriving tendencies can be taken to unhealthy, counterproductive extremes.

Devotion to the Beloved

Serious bodily ailments often do afflict someone with the mystic archetype, but not nearly as much as her own deep yearning for The One. She loves God so much it hurts. She wants to be married so completely to God’s will that she aches endlessly. St. Teresa speaks of this holy matrimony in the fifth through seventh mansions of her workThe Interior Castle. In her teaching, we are the bride and the Lord is the bridegroom at the center of our souls. He waits for us to come and give ourselves over absolutely.

The Sufi poet Rumi best writes of what this wild, abandonment looks like. He tells of the Beloved being the winemaker that crushes us like grapes into wine. Rumi’s poems are drunk with love for the infinite. Rumi’s work is vast and steeped in the power of the mystic archetype. In much of his writing, he brings the indescribable to life through transcendental passionate symbols.

The mystic archetype’s devotion borders on madness, for who in her right mind would hand herself over what she cannot know? She strives to surrender, to give her hand in marriage to the One Who Moves Through All Things. She is the blushing bride in love with God / Yahweh / Great Spirit – the One of many names.

When you look up the definition of “Mysticism” you see that it starts with “belief”. That is mysticism – to believe in something that cannot be felt, seen, heard, tasted, or touched with the senses of the body. The mystic awakens her soul’s faculties so that she can catch glimpses of God, but most of her devotion must rest in belief. She believes in a higher power. She believes in a unifying, pure, undying, omnipresent force. The mystic can’t help but have faith.

The mystic archetype studies, but unlike the student archetype, she studies that which doesn’t make sense. She forgoes rational thinking for mystical thinking. No longer does she take the world literally or personally, she perceives life mystically and impersonally. This does not mean she does not care – oh she knows how to love. In her power, it means she loves with and through the Sacred Heart.

She tries to know Divine will, always knowing the futility of such a quest. She will never fully assimilate a mystical reasoning ability while still in a human body with the necessary attachments to life. Nevertheless, the potential fertility of her ongoing engagement is endless.

The mystic stands apart from the seeker archetype because her ultimate goal is to let go of the need to know. The seeker carries on always as the self that questions. The mystic looks to dissolve any sense of self that is the one who knows. The mystic does not work to be the sage archetype or guide. She does not endeavor to guide others, instead she looks rather to incarnate Divine guidance and show her love for the holy through works.

In the light, the mystic archetype brings a beautiful grace. She is a sea of tranquility for those around her. The mystic models virtuosity and pure devotion. In her presence, others feel the grace of the holy seep in. Quietude surrounds her. She is a source of divine light, a well of faith for others to drink from.

Inside, the mystic’s experience of herself can be much, much different. She knows too well what St. Teresa calls the “inner clamor of battle”. The mystic is constantly spotting her own wretchedness and bemoaning it. When she finds herself in quagmire of her own ugliness, she realizes she’s moved even farther from the Source and feels even worse about herself. And so on it goes.

St. Teresa calls this a “false humility”. It is a trap of self-deprecation that pulls us away from God’s grace and into our own imperfection. Yes, she encourages, let’s strive to be virtuous, but please let’s not spend all our time trying to be perfect. For, as Julian of Norwich teaches, we will always find woe.

In Julian of Norwich’s Showings she says, “He wants us to see our wretchedness and meekly to acknowledge it; but he does not want us to remain there, or to be much occupied in self-accusation, nor does he want us to be too full of our own misery.” Julian continues on to say,  “He wants us promptly to attend to the touching of his grace, rejoicing more in his unbroken love than sorrowing over our frequent failings.”

The Shadow of the Mystic Archetype

The shadow of the mystic archetype is best seen in the false humility and extreme asceticism. It can also show up as righteousness judgement of others who are not following the path.

The mystic’s shadow has her chasing spiritual ecstasy and visions, thus worshiping the false idol of the rush that comes from being infused with divine light. She gets caught up in comparing her spiritual favors to those of others.

The shadow mystic gets lost in her love of the Divine and forgets to love her neighbor. She needs to be here, with her feet planted firmly on the earth, engaged with the people around her.

The Light of the Mystic Archetype

In the light, the mystic must learn to accept spiritual aridity with the same open arms as spiritual fertility. She continues to deepen her faith and moves on divine guidance without a care for proof.

She is able to recollect herself around the sacred and feel the same inner peace she shares with others.

The mystic learns that service is the pinnacle of showing her love for God. She turns herself over to acts of kindness. She embraces selflessness while holding the knowing that she too is worthy of God’s love. The mystic lives a deeply spiritual life demonstrated by works both great and small.

Want to know if you have the
mystic archetype?
Schedule an Archetypal Consulting Session
and Find Out!