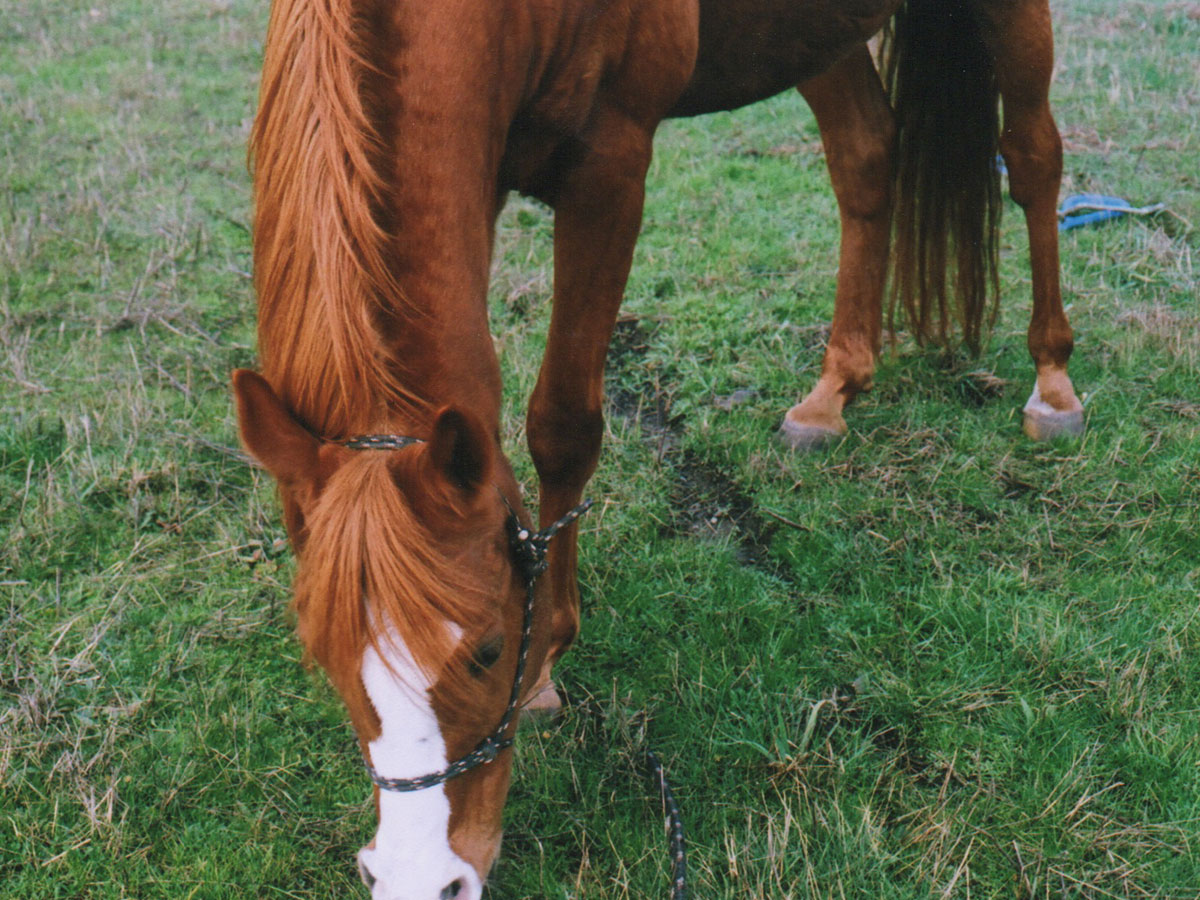 There is one character in my book Gracious Wild that I didn’t have enough pages to share about. That is the small, sweet chestnut Arabian horse named “Caruso”. The only mention he gets in the book is a brief telling of our least glamorous moment together when he tripped and I came off of him. Then in the epilogue, I touch on the heartache of saying goodbye to my friend. I am coming back around full circle to remember my time with him as he passed away recently.

Caruso was not the first horse I ever rode. I actually learned to ride on a sweet Morgan/Arab cross bay mare named Kami. She took fantastic care of me and helped me build my confidence because, I have to admit, for as much as I wanted to be with and ride horses, I was intimidated by them. They were big and unpredictable and I was old enough to know I wasn’t invincible.

Part of being a gentle, quiet horse meant that to some degree Kami ignored a lot of her rider’s cues and was on the slower side. After a couple of months of riding lessons it became clear that I was ready for a horse with more “go”. I understood how to give more subtle cues and had developed a better seat. My riding instructor Jamie, who reminded me of a sweet fairy godmother, was already cooking up a plan.

Getting to Know Caruso

Jamie had once owned Caruso and had him as part of her herd of lesson horses. When her health began to suffer she had to pare down her herd and one of her students, a teenage girl suffering with depression, was in love with him. The girl’s parents purchased Caruso for her and at first all went well. Eventually though, her life got overwhelming or some such thing and she had less time for her horse. Caruso was still at the same stable, stalled right next to his friends. It tore away at Jamie to see him stand in a 10×10 stall all day long with nothing to do.

She had permission to employ Caruso in her lesson program and was also searching for a person to lease him to help with his expenses. I was willing to get to know the friendly guy and was tenuously interested in having more “ownership” of a horse. Immediately, I was challenged to up my horsemanship in his company. With Caruso’s sensitivity, cleverness and high energy, I had to know what I was asking, ask clearly, and stick to my word. If I was uncertain or unclear he, in his quick-witted way, would simply do something else and fast. Caruso, like many Arabs, was very busy.

Caruso’s adrenaline could elevate at a moment’s notice. I got very nervous when he got excited and, just like when the hawks Thalia or Graccia got agitated, I was pushed to go past the point of freezing and find confident action. When Caruso got excited during a lesson all was well and good. Jamie would coach me through it and her voice alone would help me find my footing. The trial began when I started leasing him and taking him out alone. This was a huge accomplishment for me to have the permission to take a horse out, tack him up, and ride him all by myself. It was also really scary.

The “what if’s” plagued me endlessly. What if he got away from me? What if he got hurt? What if I got hurt? What if other people saw me unable to control him? Caruso didn’t worry. He was who he was. Years later now looking back, I plainly see that Jamie knew what she was doing. Caruso was a bit excitable and could sometimes be mischievous, but after knowing over a hundred other horses, I can say that he was a safe horse for me to learn with because he genuinely cared about my well-being.

I had to learn self-assurance and I wasn’t going to unless it was tested. After many independent outings, I was an exceptionally better horse handler than I ever could have imagined. Caruso gave that to me. I would not have had the confidence to apply to work at a horse rescue had it not been for what he taught me. There are dozens upon dozens of frightened horses that I was hands-on in rescuing from starvation, abuse and neglect. I had to draw from that Caruso’s teaching and offer the horses what he once gave me, confidence and compassion.

Shortly after Gracious Wild ended and I moved away from Caruso, he was bought by a dear friend of mine for both herself and her son. Her family took him in and showered him with attention. He so deserved that forever home. He had many great years in their company with the utmost in care. I couldn’t have imagined anything better for him. I feel there was so much of that horse I didn’t get to know in the short time we had together, and my friend had the awesome opportunity to take in the greatness of his being. My heart and prayers go out to my friend for her heart-breaking loss.

For me I find a tenderness in his passing and a reassurance in him already showing up in spirit to help in my work. Reflecting back on my time with Caruso reminds me that every life that touches ours matters.

The name “Caruso” means “close-cropped” in Italian and years ago came to generally mean “boy” because younger men tended to wear their hair shorter. Caruso had long hair, but he did have that puer spirit. According to Thomas Moore, “Puer is the face of the soul that is boyish,” and Caroline Myss says of the puer eternis spirit manifest that it is “a determination to remain young in mind, body and spirit.” Peter Pan is a perfect depiction of the puer spirit. The puer spirit wishes to fly about the labyrinth of adult life and into the unfettered playground of the Gods.

We don’t often think of teachers as young and boyish, but this one of mine was. When Caruso was excited he was a puer spirit flying like a kite at the end of my rope. I was worried because I didn’t have control. He was elated because he had space to run. There was a teasing part of Caruso’s nature that reminds me still not to take life so seriously, to let go and have fun.