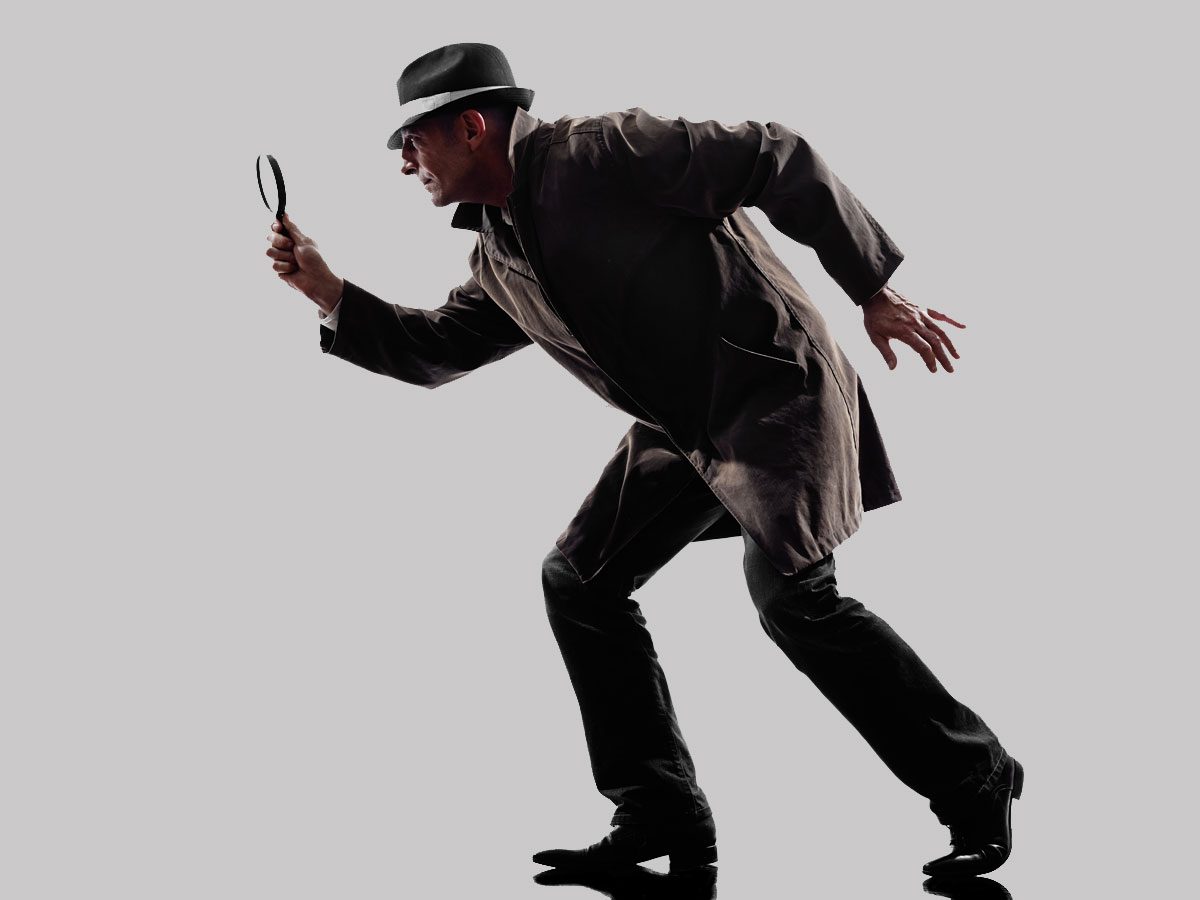 We often think of archetypes as careers at first, but they are actually bigger in that they are ways of viewing and ways of being in the world. There are more armchair detectives than professional detectives. Any one of us can act like a detective and be under the influence of this way of thinking. Many people were born with the detective archetype and never literally become a detective, but they can’t help but investigate the people and situations in their lives.

Light Side of the Detective

The detective is first and foremost known as a crime fighter. If someone, be it a person, organization or government, does harm, the investigator is able to “sniff” out this wrongdoing and uncover the ill intentioned plot along with all the guilty parties. A highly developed ability for rational, cause and effect thinking, is a primary gift of this archetype. Those people born with or acting as this archetype have a keen perceptive ability that picks up clues everywhere. The detective is always five steps ahead of everyone else. Tiny but relevant clues allow the detective to make logical deductions and “follow the trail” back to the source of the crime.

During the investigation, the detective can look like a fool to outsiders by following cold leads or obsessing on the smallest details. There may not be enough evidence to convict the suspect the investigator has fingered. The suspect may have everyone else duped. Redemption comes for this archetype when everything finally comes to light. A gift of the detective is the ability to hold out against popular belief and criticism.

The investigator archetype opens up the “sixth sense” that knows beyond a shadow of a doubt when someone is lying. This archetype is about having a sharp mind, but also being absolutely willing to trust one’s own gut instincts beyond all else. This no-nonsense, unwavering approach to intuitive hunches is a keystone of the detective.

Not all cases the detective takes on are actual crimes. A person with this archetype might easily spend his/her time trying to figure out why someone would say something offensive. This investigative power can be used to reveal and implicate all sorts of evils such as illness, pollution, discrimination, and abuse.

A key piece of the shadow side of detective archetype is the word “suspect”. This archetype can become incredibly suspicious of everyone and everything, never quite able to turn off the little alarm bells that go off when someone is acting incongruent. In our world these days, everyone is playing someone else in some way. This does not make them criminals, but, none-the-less, the detective still can’t help but sense the incongruence and start investigating. Soon the goal of fighting evil is lost and the detective falls into a habit of distrust.

Sometimes conflict arrises when the detective is not able to produce the evidence needed to charge the suspect, but is still unwilling to let go of the case. In the movies, this stubbornness usually ends well for the detective because, after much perseverance, they are correct after all and they regain their badge. This is not how things always work in life and some hunches are either unverifiable or dead wrong. Here the conflict between the gut (intuition) and the mind (logic) can tear away at the detective archetype and cause doubt and/or alienation.

To solve the crime, the detective will attempt to get into the mind of the criminal by tracking their movements and guessing their motivations. Sometimes the line between good and evil gets blurry and the detective may step into the darkness and risk losing him/herself. The shadow detective may break the rules to uncover evidence or bully witnesses for information. When in the midst of the power of this archetype, a strong moral compass and an outside trusted advisor is most helpful.

When the detective works to uncover the source of illness or why an accident occurred this leads to obsession and utter exhaustion. The need to find something to blame in cases when there is no one or thing at fault is a downfall of the detective.

Symbols of the Detective

The looking glass is the primary symbol of the classic detective, and this symbol has carried over into other formats. Now the camera (both video and still) as well as the microscope have become tools of the trade for the detective. Since the detective is synonymous with the spy, any special spying equipment also applies.

Often the detective is pictured in a dimly lit room or in a dark alley with smoke or fog swirling about. The truth is hidden in the shadow and covered in smoke screens. The detective navigates through these to find the answer.

Detectives were historically pictured wearing hats to help disguise their identities as they poked around for clues. Take note in the movies when a character puts on a hat to go spy on someone. This is the detective archetype entering the scene. Trench coats are a relatively common occurrence too and are another way to disguise one’s identity.

Sherlock Holmes is of course the most famous of all detectives, but TV shows and movies focused around the detective abound in today’s media. ABC’s Secrets and Lies has Juliet Lewis, trench coat and all, embodying the obsessive investigator. FX’s Justified, Fox’s Bones, CBS’s CSI, NBC’s Law & Order and ABC’s Castle are just a few more examples. Documentary investigative reporting such as the show 48 Hours turns viewers into detectives solving crimes alongside real-life professionals. Even Ironman and the Incredible Hulk in Avengers: The Age of Ultron are nearly as busy investigating as they are innovating. We just can’t seem to get enough. This shows that we don’t have to be a criminal investigator for a living to feel an affinity with the power of the detective.