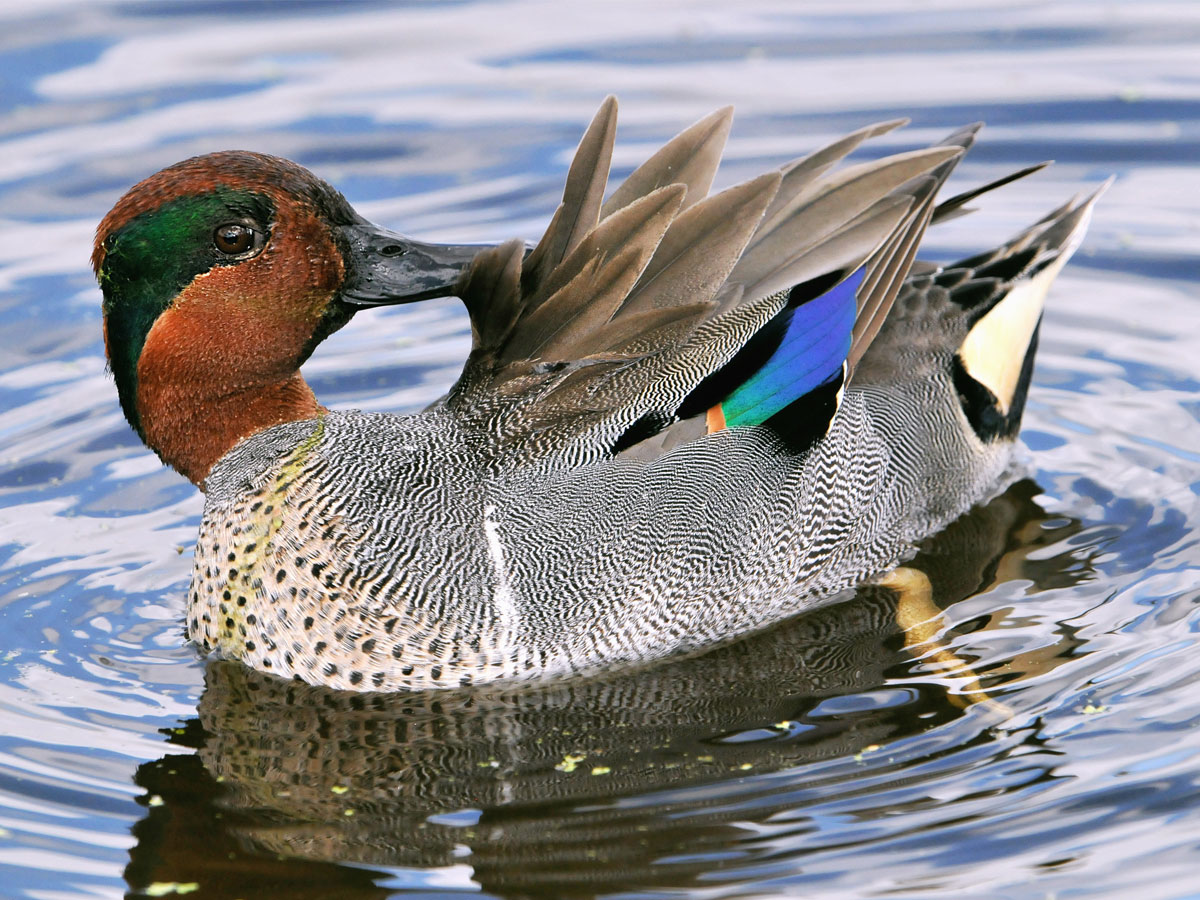 Often when I write these articles on spirit animals I like to take a systematic approach, but with duck symbolism there are forces at work that are drawing me a different direction. For the last week or so, I’ve contemplated duck spirit animal and what the meaning of these sweet, sweet souls is. As always, it is technically challenging to write about a group of animals that has over 100 different species with widely varied characteristics. However, I never expected this inquiry to take the route it did.

Why Did the Ducks Cross the Road?

Today, I was driving down the highway with gorgeous mountain views reflected off the lake to my left. Traffic was heavy with tourists zooming to get somewhere and relax. I was half listening to a class on my stereo and my mind was wandering off probably thinking of what other errands I had to run. There was a long gap before the vehicle ahead of me. I was looking at a clear lane.

What seemed abruptly, I spotted at a busy scene on the other side of the road. A mother duck leading her long line of seven ducklings across the highway. They spanned wider than half the road. I had plenty of time to come to a rolling stop. There was no time to feel a sense of relief. None of the cuteness of the gangly half-grown brood was mine to savor. Instead I watched in horror as an oncoming white sedan bared down on the family.

The mother kept diligently leading. The ducklings, one by one, followed the instinct to stay in line. The space between each was perfectly equidistant. They were probably too young to fly. Ducks can’t get off the ground that fast anyway. I wanted to honk my horn, but it was already too late. By now the family was covering the entire lane. Four ducklings were in the direct path of the car. I honestly lifted my hand up to cover my eyes. I ducked. I don’t know when the last time is I’ve done that. I couldn’t watch.

The car whizzed by as if the ducks had never been. One duckling was floundering. The traffic in the other lane stopped. We watched the mother, six healthy ducklings, and one half-paralyzed duckling finish crossing the road. That little guy’s instinct to follow his mom overcame everything. He drug himself off the shoulder. He was the last to disappear into the grass. I kept my vehicle at a standstill long past, insisting on making the drivers behind me notice this one life. I pulled over. I sat in my car on the side of the road as everyone else got moving again. It was is as if we’d been sitting at a red light. It was the end of his life. Everyone else went on about theirs. I prayed for his safe passage to the spirit world. His tragedy broke my heart open in an instant to the global attacks we are experiencing. I so wished he could have gotten out of harm’s way. One duckling did that.

How much lately have we thought about being a sitting duck? I barely have to mention the terrorist attacks in recent history (Paris, San Bernardino, Orlando) to conjure images of being trapped in a room with a crazed gunman. The phrase “sitting duck” originated in the context of World War II to indicate a poorly defended or unsuspecting military target that was easy to take down. Dabbling ducks, such as mallards, sit on the top of the water and dabble with their beaks below the surface. They are easy targets for hunters.

Why would I bring up such macabre conversation? This language is in all of our psyches. Regardless of if we want it to or not, we associate vulnerability and danger with duck symbolism. Even before the term sitting duck came into use, the word “duck” has always had the alternative meaning of avoiding a blow, hiding from sight, and departing quickly. Think “duck and cover” and “duck out”. I ducked my eyes from watching the car hit the duckling.

What are you ducking in your life right now? Are you bracing for some unforeseen tragedy you have yet to discover? The instinct to duck is a strong, survival impulse that has saved countless lives. There is a time to duck down and evade the either literal or symbolic blow. If you know your pocketbook is about to get hit, bracing yourself and preparing mentally for the blow may be what gets you through it.

The trouble is when we duck from our illusory fears, you know, the kind that haunt you. Fears like “What will other people think?”, “Will I end up homeless?”, and “Will he leave me?” – those kind of fears. Soon we are paralyzed with fear and cannot move. That is when we become true sitting ducks.

Duck spirit animal reminds us that we have webbed feet and, even better, we have wings. We have the power to lift out of the watery emotions that threaten to drown us. We can swim into the depths and find inner silence.

We may be rendered physically powerless to do anything in a situation and feel like the victim. Nevertheless, we always have power in our interior. We can always lift off in our view. Duck symbolism teaches that we can always dive down into the truth of the beauty that we are. Some diving ducks swim rushing torrents of class five river rapids with ease.

With all of this talk about flying out of danger, I am obligated to mention that in the late summer / early fall all ducks are rendered flightless. They drop and replace their entire coat of feathers (called “molting”) in a matter of weeks, which means they are grounded. During this time, ducks hunker down in the reeds in the marshes or they band together in the middle of a large, deep lake.

Preparing for times in your life to be grounded and tend to matters at home will help you take advantage of this aspect of the meaning of duck. It is no use ignoring the fact that the to-do list needs doing and the laundry needs to be washed. By choosing the correct environment to do these tasks, you take less risk of things going awry.

Duck symbolizes spring and summer in the guidebooks, but there is little scientific evidence to back this correlation. Ducks do extremely well in bitterly cold climates. I would associate them with winter for their incredible hardiness. In my mountain town, they swim in the little bit of open water in frozen lakes. Sea ducks brave frigid winter conditions amidst arctic ice flows.

Ever wonder how ducks can paddle around in icy water without their feet freezing? Ducks have a counter-current circulation system in their feet that allows their feet to stay just above freezing with very minimal heat loss. You can learn the mechanics of this ingenious system here: http://askanaturalist.com/why-don’t-ducks’-feet-freeze/ When asking “What does duck mean?” it is important to remember that conservation of your own resources can help you survive lean times.

Ducks also have incredibly warm coats of waterproof feathers filled with an insulating layer of down. If you’ve benefited from the warmth of a down jacket, you know what I’m talking about. These birds are no ninnies. Duck symbolism brings the power of insulation from the outside world helping us brave the hazardous weather in our own lives.