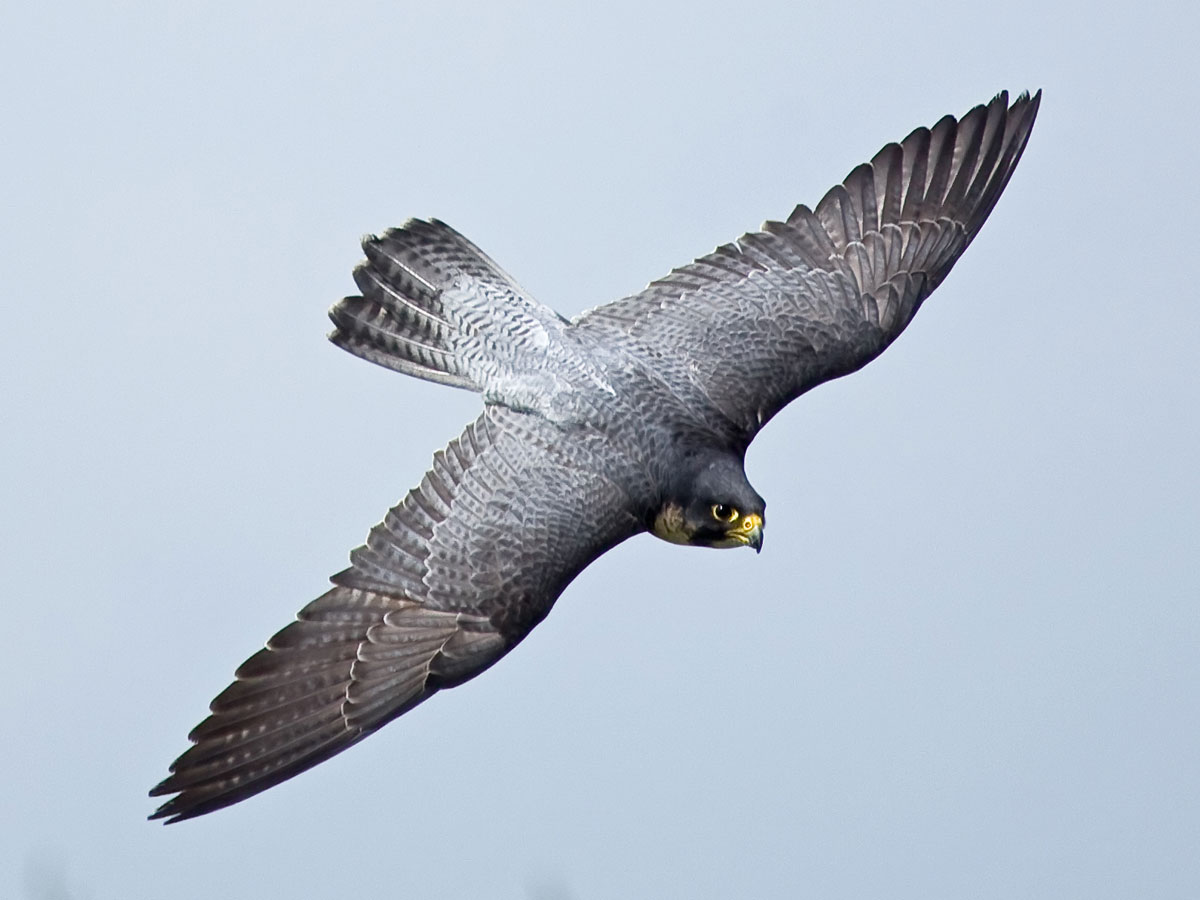 The current information about falcon symbolism fails to encompass many of the amazing adaptations of the entire family of falcons. When most people think of a falcon they think there is just one species, but “falcon” refers to a family of birds of prey. There 37 species of falcon subdivided into four groups – kestrels, hobbies, traditional falcons (such as peregrine falcon and prairie falcon), and hierofalcons (such as gyrfalcon and lanner falcon).

Reaping the Power of Falcon Symbolism

The falcon is a raptor. Raptor, otherwise known as “bird of prey”, is a name for predatory birds that means to “seize or take by force”. Other raptors are eagles, hawks and owls. The falcon has especially long toes that are proficient at seizing prey in midair. He also uses the increased surface area of his big feet to club his prey and knock them out of the air.

Falcon is the fighter jet of the raptor world. Built for speed he takes no prisoners. His name comes from the Latin word “falco” which means sickle-shaped and which refers to the shape of his wings. These streamlined, long wings create fast flight and allow for sharp maneuvers. He slashes through the air. Air is symbolic of thoughts. A sickle harvests a crop. Falcon symbolism brings the ability to chop down the field of thoughts. Leave behind the chaff. Bringing home the harvest.

Falcons typically use two distinct hunting strategies. The first, most well known, is the dive. Peregrine falcons are known for their record breaking stoops that reach up to 238 mph. They are the fastest animal on earth. The stoops start from a high perch or a high hovering position upwards of 3,000 ft. elevation. Falcon folds in his wings and free-falls like a skydiver with arms tucked to his sides jettisoning towards earth. Falcon spirit animal is not just about speed, he is about harnessing the power of gravity.

Have you set something in motion that you cannot stop? Are you going into a free fall? Do you believe it is controlled? Can you handle the force that is about to take over your whole being? Call on falcon to help you pull out of the dive in time.

Falcon medicine can help you manage an acceleration of life events beyond what most people think is humanly possible.

Falcons also pursue birds on the wing or mammals or insects on the ground. This is where the fighter jet quick turns come in handy. These direct flights are not for sissies either. They reach top flying speeds of 67 mph. Falcon symbolism teaches us about intensity. When you are moving that fast you can’t take in the environment around you. Focus is key.

Have you ever seen a giant flock of thousands of birds twirling about in the air like a cloud of black dust? These flocks are made up of smaller birds such as European starlings or some species of shorebird. The flocks are in a tight ball that morph and dance in the sky. It is one of the most amazing sights of nature. These flock dances are called murmurations, a lovely name if you ask me.

Murmurations look to be a joyous dance by a chorus of birds, but scientists have found that they are really a predator evasion strategy. These flocks of thousands of birds are typically scurrying to get out of the path of a single peregrine falcon. This is the whirlwind in which falcon reaps his prey. Yes, reap the whirlwind.

The murmuration is coordinated. The birds become part of a group mind that moves together much like a school of fish is thought to. So what may look like a chaotic, haphazard dance is spontaneously choreographed.

Falcon symbolism teaches us about the nature of chaos and whirlwinds in our lives. Be it a free fall or whirlwind, where in your life are you feeling out of control? How much do you contribute to this chaos like falcon at the center of the murmuration? We say we like control, but we like chaos just as much because it is a form of control. Coming into awareness of your relationship with chaos can change everything in your life. Falcon spirit animal helps with this navigation.

Falcon symbolism is closely linked with the Egyptian God Horus who is the God of sky, war and hunting. Depicted as a man with the head of a falcon, but also in his entire form as a falcon. It is said that when he takes wing and flies across the sky he is the sun and the moon. His right eye is the sun and left eye the moon. He fought many battles against his father’s killer, Set. Some stories say he eventually won and unified the kingdom of Egypt.

The sport of falconry is named after the falcons who were among the first birds of prey trained to live and hunt with humans. This sport is thousands of years old and predominated in royal courts as a pass time. It was practiced by nobility throughout the Middle East, medieval Europe and the Mongolian Empire. More recently it has experienced a resurgence as a hobby for laypeople. Falcons are prized falconry birds because of their collected disposition and trainability.

Falcon has a shrill, blaring shriek that travels for miles. His war cry carry on and on for what seems like way too long. The characteristic helmet shaped coloring on falcon’s head is reminiscent of a gladiator’s cap. Falcon is one of a few types of raptors that has a characteristic “tominal tooth” on his beak that is a specially evolved notch. This notch aids in a swift severing of prey spinal cords.

Falcon spiritual meaning calls you to the wars you wage within yourself. Are you spending too much time at war with yourself in your thoughts? Do you talk too much about what makes you mad? We like to say that war happens “out there”, but we have the opportunity everyday in our own thoughts to win the war over darkness and be on the side of the light.

The name peregrine means “wanderer” or “pilgrim”. This falcon is known for its very long migration from northern tundras of Canada all the way to wintering grounds in South America. Found on every continent except Antarctica. The peregrine falcon spirit animal causes us to look at our own wandering spirit.