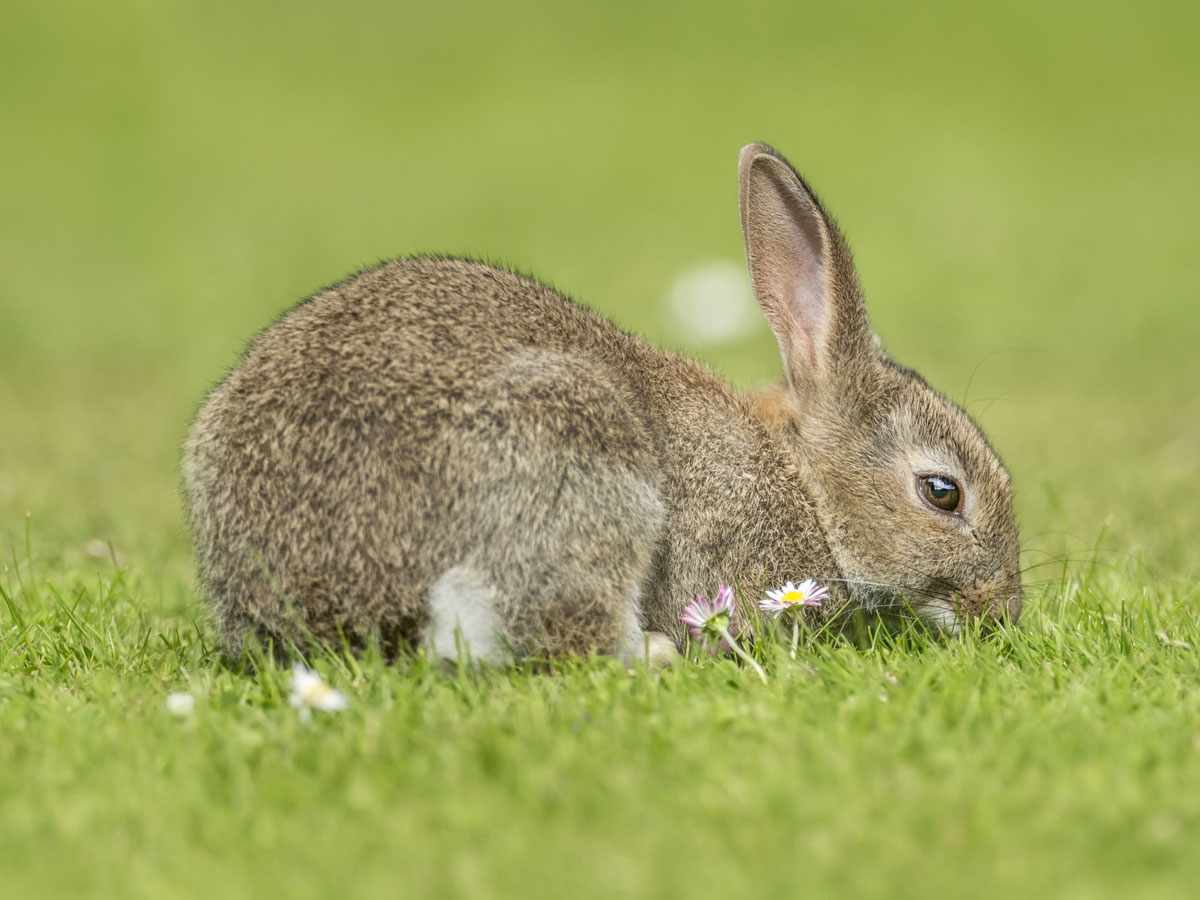 The number of stories I read about rabbits as a child were many. They influenced my opinions on social behavior, play, fantasy worlds, and humor as a human. The book that had the largest impact on me was Watership Down by Richard Adams. Not only is this story a riveting tale about the social lives of rabbits, it is a commentary on the destructiveness of humans, the complexities of colonization, and the terror of war.

So often when we look up the rabbit spirit animal in various interpretation books their symbolism is watered down to represent fear and fertility. I remember Hazel, Fiver, Blackberry, Silver, and Dandelion, and my heart opens wide with the potential in these amazing creatures. They can be slow or fast, sharp or gentle, and calculated or calm. We shouldn’t be looking up rabbits in spirit animal books, we should be referencing stories such as Watership Down to understand the myriad powers rabbits embody in our collective consciousness.

Rabbits are highly social animals that live together in a city of underground tunnels called a warren. Rabbits regularly groom each other, and they circle and hum to one another as a sign of affection.Their mating systems can be very complex ranging from polygamy to monogamy depending on their status within the warren. Males and females are very territorial and can engage in intense fights that result in injury and even death. They mark their territories with dung hills. The bucks engage in additional battles over does.

Think of the white rabbit in Alice’s Adventures in Wonderland. He was always in a rush, worried about getting here or there, and he had the incredible gift of leading Alice down the rabbit hole that changed her life. No matter how much we think we know about the world, rabbit can always take us beyond our capacity to comprehend.

Going down the rabbit hole can indicate moving into a time of chaos when everything is turned on its head. This phase of our evolution is necessary to allow change. It is only once we lose the ground beneath our feet that we have the chance to become more. Once we go underground into our subconscious or into other worlds to see what lies there, there is no going back. We are forever changed.

Remember the rabbit in the story of the Velveteen Rabbit by Margery Williams. This was a dearly loved toy that had the benefit of genuine affection from a child that believed he was real. Again the theme of devotion and affection with rabbit spirit animal comes through here. This toy offered a sense of solace and comfort to the boy during a life threatening illness only to be rewarded by being cleaned out of his room as it was disinfected.

Left out in the garden, the wish of the Velveteen Rabbit is fulfilled. A fairy turns him into a REAL rabbit. Again, when looking at the meaning of rabbit we see the theme of reality and imagination come in. What is happening to your definition of reality right now? What reality are you wishing into being? Are you the REAL you?

Among the folklore of rabbit spirit animal, there is a beautiful story of Saint Francis of Assisi. Saint Francis found set a rabbit free from a trap. He named him “Brother Rabbit” before releasing him, but the rabbit would not leave and returned over and over to his lap. The rabbit knew he had found a place of sanctuary and peace. How can you set free the vulnerable, tender side of yourself?

Rabbits always need a burrow, even a temporary one or a hollow in the brush, to retreat to at night. Make sure you have space and time set aside for your own retreat. Using Brother Rabbit’s example, find a place of peace and nestle into a source of sanctuary.

When thinking of rabbits as prey animals we think of how they can freeze or flee when a hawk flies overhead. We don’t associate defensiveness with rabbits spirit animal, but they will fight viciously to save their own lives. Their back legs are very strong and they have sharp claws.

Rabbits are acutely alert to their surroundings and have nearly 360 degree vision. We usually only think of owls seeing 360 degrees, but they have to turn their heads to see what is behind them. The rabbit’s eyes take in their entire surroundings constantly, without having to move their heads. Rabbit’s large ears also allow them to listen closely for predators. Rabbit spirit animal brings the ability to take in the whole of your surroundings and take in threats before the threat sees you.

Like Thumper in the movie Bambi, are you ready to warn the others about what you see? This energy is not about looking out for yourself, but the fulfillment in watching out for the whole tribe and the willingness to sound the alarm.

The Adventurous Spirit of Rabbit Medicine

And, who can forget The Tale of Peter Rabbit by Beatrix Potter? Here a rabbit takes on a pioneering spirit much like the rabbits that follow Hazel out of the warren in Watership Down. This is art imitating nature. When buck rabbits mature they are often forced to leave their warren. The bucks wander far afield to establish or join a new warren. Does are regularly forced out, but they simply go to the neighboring warren.

Are you venturing out on your own to explore the riches of the world like Peter Rabbit or escape danger like Hazel? Is the danger out there or within you? Do you find gravitate toward home like Peter Rabbit or toward the unknown like the white rabbit? These are all of the questions that come up when a rabbit hole adventure takes a hold of your life.

It is likely that if you are reading this post that you have already started down the rabbit hole. There is no turning back at this point, but if rabbit spirit animal is accompanying you on the journey, take heart. You have countless tricks to pull out of your hat. You likely have what you need to build a sense of community around you and to sense danger before it comes your way.