"The Last Wild Fox" from the book Gracious Wild 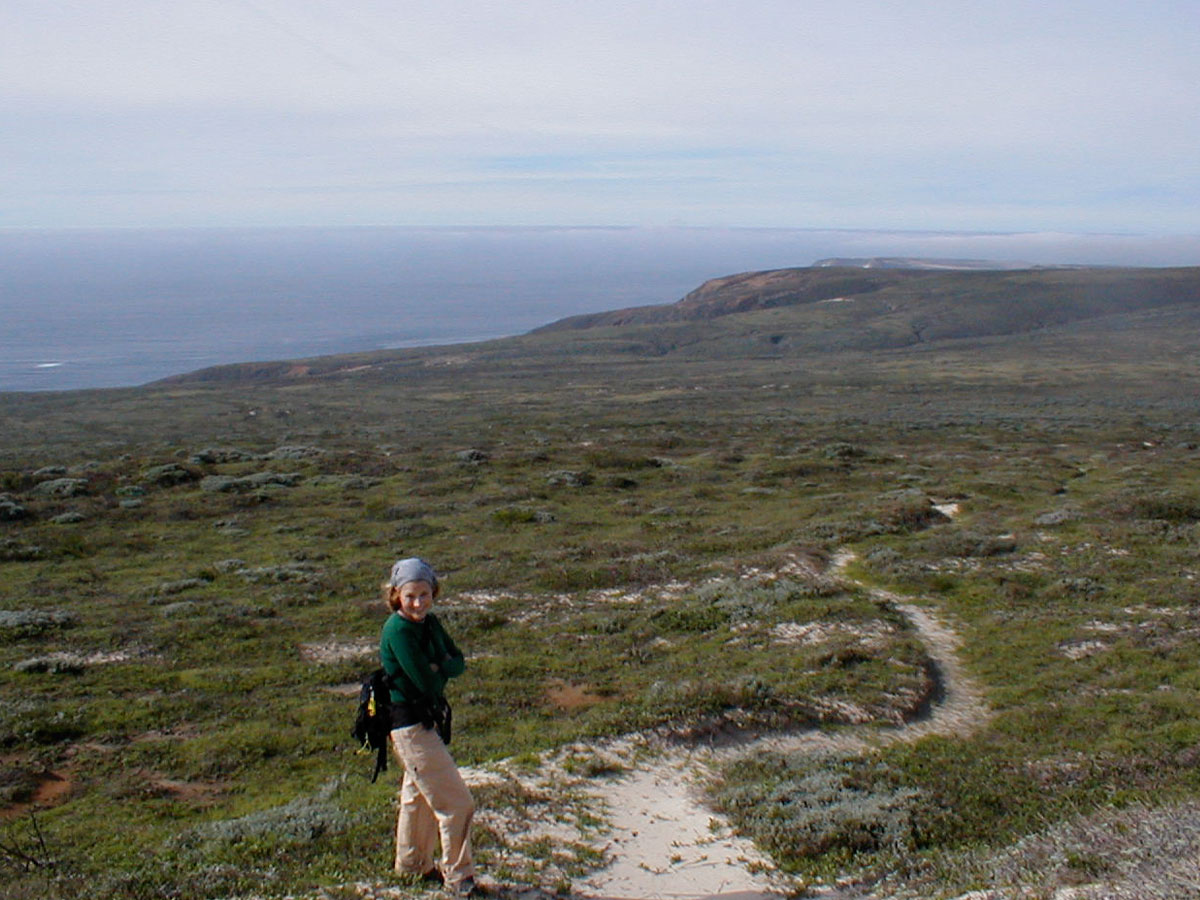 In every book that’s been written some pieces of the story don’t make the printed page. I kept what was cut from the manuscript of Gracious Wild knowing that someday I could post these bits for loyal fans to enjoy. I am delighted to say, that day has come. How amazing is that?

In this unpublished excerpt, I share the story of a mysterious wild fox that appeared and disappeared seemingly at will from the island I lived on. The there she is and now she’s gone again saga only covers a few hundred words in this telling, but it was a main thread running throughout my contemplations on the island over the course of my time there. My mind and my soul wandered the island like she did still awake to the wild, still unkept by captivity.

It also seems quite a premonition that I named her “Mustang” seeing that now I own two actual mustangs. I couldn’t have even articulated so long ago that there was a desire within my heart to come into contact with wild horses. It was a dream I dare not know because it seemed far to fanciful. So too was the dream to take up shamanism. I am overwhelmed with gratitude that both dreams were, with time, allowed into form.

This little wild fox was those dreams in me, a ghost, a flicker out of the corner of my eye. Thank the heavens she was there and then she wasn’t and then she was to help keep my hope alive.

I frequently doubted if this genetic line of foxes would ever run free on the island again, but I had one reason to hope. Among the biologists that ran the captive breeding program there was a myth about a female fox that eluded all attempts to trap and track her. 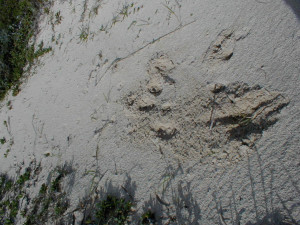 Photo: Mysterious tracks found in the sand high up on a hill on the island. I imagined they were tracks of the last wild fox no one could see or capture.

Early on, while exploring the island I found evidence of her existence. I found a series of tracks in the sand that ended in a pounce and were followed by a pile of scat. In my excitement at finding proof of the ghost fox I decided to name her. It made the story more interesting. I named her Mustang. My heart ran free in the moments I had to dream about her roaming the untamable, open landscape.

My fiancé and I liked to spend our limited time on the phone weaving intricate tales about Mustang’s exploits on the island. These sagas would typically close in silence. In the end, she was walled off from her kind, sentenced to a life of solitude. We didn’t know if we preferred freedom and solitude over captivity and company, but Mustang had made her choice.

Sometime in the spring while I was hiking out to the northwest point of the island I nearly stepped on a disheartening omen on the trail. The bones that lay in the bare sand were the picked clean spine, pelvis, and femur of a fox. Was this my darling Mustang? Had she finally succumbed to her mortality and left the realm of legends? I combed the area for more information, maybe a skull or tuft of fur or ID tag. There was nothing. I sent the incomplete carcass back to the mainland for analysis and a few days later they published a story in the local newspaper speculating that the last wild fox of the island was no more. I largely forgot about the roaming mistress and focused on downy harrier chicks and fluffy fox pups, but in the depths of my heart I still held out hope.

We had monitoring devices set up on the trails that counted everything that passed through them including ravens and hikers and, when they were wild, foxes. The trigger on the devices was linked to a camera. I would regularly check the statistics on the counters and replenish the film in the cameras when needed.

One afternoon when I was off the island, I went to pick up a roll of film I’d gotten developed. I flipped through the empty frames quickly scanning for anything of interest and then to my absolute delight saw fox hind legs and tail lit by the camera’s flash. Mustang had not been alone. This opened the door to the possibility that she was still alive and if there were two foxes we couldn’t catch, there could be others. My ability to dream up fantastic stories had free license to roam.