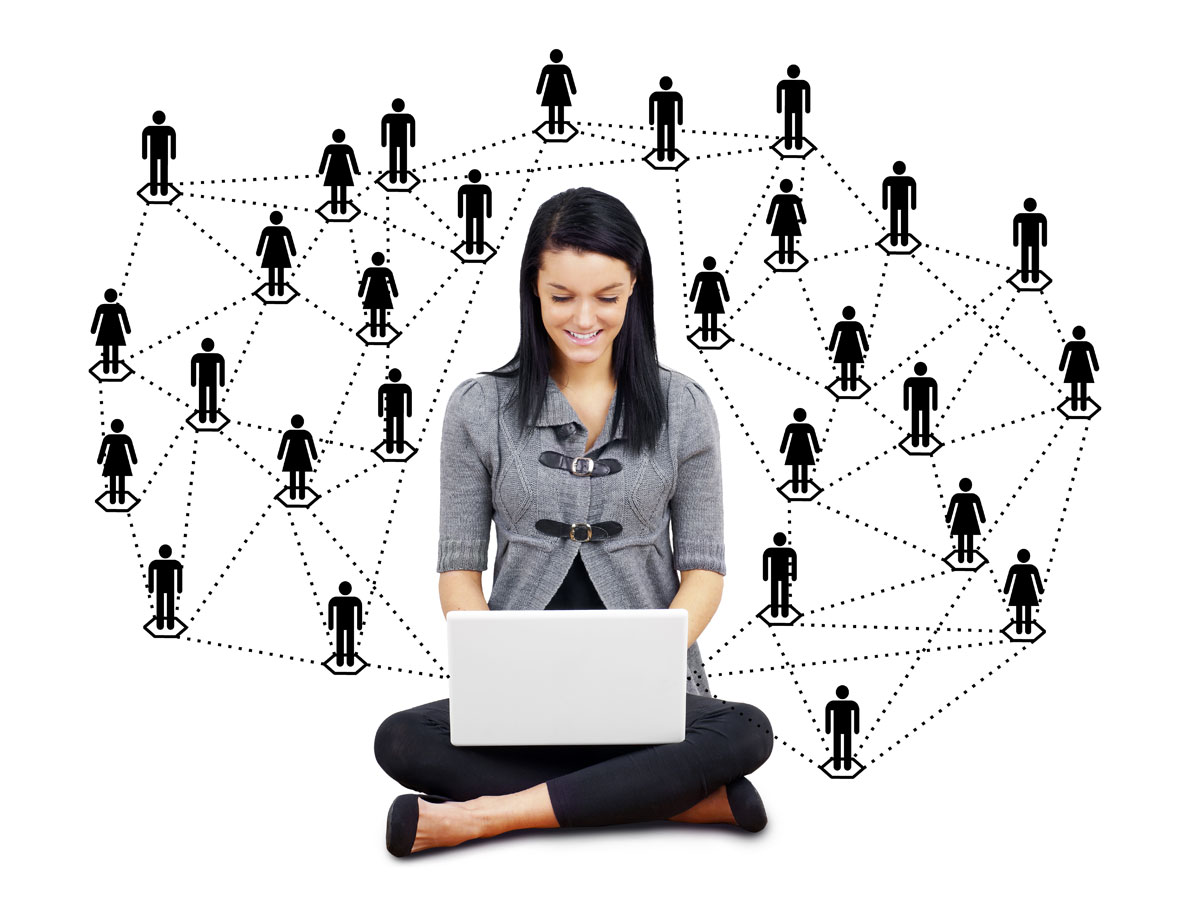 Meet the one who conceives connections and fosters communication. The networker archetype works the web upon which society and life itself depends. A social media junkie in the shadow, the ultimate expression of the networker archetype is divine. Her ability to conduct like an orchestra the interrelatedness of all things is a gift to us all.

The stereotype of the networker depicts her as the social butterfly at the cocktail party. She is the one who knows everyone and is a talented conversationalist. She owns the room. Unfortunately, this is an extremely limited picture of the networker.

You may be surprised to learn that there are as many quiet, socially modest, and introverted networkers as there are brash, talkative ones. This is what I mean when I teach about the difference between a stereotype and an archetype. Archetypes are not personality traits like introversion and extroversion, but are universal patterns of human behavior.

A quiet, reclusive networker may foster connections and communities from behind a computer screen. She might build networks one intimate meeting at a time. Networkers don’t have to have a lot of friends or many acquaintances.

The networker isn’t just connecting people. She can network financial investments or healthcare support teams. An interfaith pastor tends to the ties between different belief systems. Scientists, who are often stereotyped as shy, study the ecological networks of forests, oceans, and deserts.

The networker archetype associates ideas, projects, and the archetypes in her own interior.

There is networking to make an honest living, networking for the joy of it, and networking to increase the ego. The information, resources and power the networker passes around are inherently valuable, but how that currency is spent is up to the conscience and awareness of the networker.

Do you network for free or for a fee? What are the hidden costs of the connection and do you hope to benefit from it somehow? Do you volunteer up names and resources for friends? What happens when they don’t do the same for you?

The empowered networker realizes that engaging in the act of sharing information inherently means she is also in the network. She knows that when she offers someone a lead that they may not be able to repay her in kind. But, she trusts she will receive assistance down the road from someone else when it’s needed. In essence, she doesn’t keep score.

Symbolism of the Net

A net can be seen as both positive and negative. Think of the life-saving safety net. This is the collection of family, friends and community that are there for you when tragedy strikes. It is the web of investments and savings you have in place in case of disaster.

The safety net allows you to take risks, jumping from one trapeze to the next. If you fall, you will survive to try again. A safety net gives you a chance to make mistakes and live life full on. It staves off the crippling fear of failure. The networker archetype in the light aspect utilizes and shares the power of the safety net.

On the other hand, there is the net that ensnares you. With too many people in your network, you can find yourself overwhelmed and trapped by public opinion. Nets can limit your movement and options. Relying too much on a given network or networker can render you powerless to find your own path.

The shadow networker consists of two extremes. The first is believing oneself to be wildly popular – a classic world revolves around you stance. The second is forgetting that your presence is needed to hold strands together, thus mistaking the resources you share as more important than you.

Despair comes for the networker when she is overwhelmed by all the possibilities. She may obsess over trying to control and know all the strands. She can give up when her network just seems too big to manage. The network can take over her life.

The shadow networker assumes many forms, especially name dropping. Have you ever met someone and the first thing they do is tell you who they know? The shadow networker also obsesses over how many friends she has on Facebook, followers on Twitter, and subscribers on YouTube. She doesn’t understand genuine connection, but fame. Any attention is good attention.

The solitary networker expresses the shadow by hiding behind the people or resources she connects. She disappears in the vast web she weaves and loses sight of her own value. Eventually, she becomes blind to the role she plays and falls through the net she was holding.

The common thread for everyone with the networker archetype is the constant tendency to find, draw and foster connections. Wherever the networker goes she finds a web of interrelatedness between people, systems, animals, and things. She sees how everything is connected to everything else.

The net of energy that ties the cosmos together sparks a deep awe in the networker archetype. At the highest level, she is a scholar and practitioner of the mystical law of interconnectivity. For her, divinity is in the interconnection of all things.

Indra, the Hindu god of thunder and lightning, is said to have hung a net in the sky. At each intersection resides a mirror-like jewel that shines like a star. Look into the jewel and you’ll find every jewel stretched in every direction, a web within a web within infinite webs. This speaks to the vast awareness that comes via the networker archetype. This is power that comes when you find that you are one of the jewels reflecting the beauty of the people and life around you.

Both the mediator and networker archetypes foster alliances. The difference is that the mediator deals in polarities. She is ever resolving conflict or at least finding herself in the middle of it. She performs best when there are two sides to manage. Her position is to have no position. The mediator finds working with many needs and voices to be a hopeless affair.

The networker doesn’t find herself in such black and white situations. She often is in the mix of a group of different viewpoints that overlap, contrast, and go in many directions. The networker acknowledges that she is one opinion among many. Her life is a melting pot. She excels at coordinating numerous perspectives, and even enjoys it.

Be sure to read about Mother Spider – the networker of the animal kingdom!

Want to know if the networker is one of your archetypes? Click here to schedule an Archetypal Consulting Session