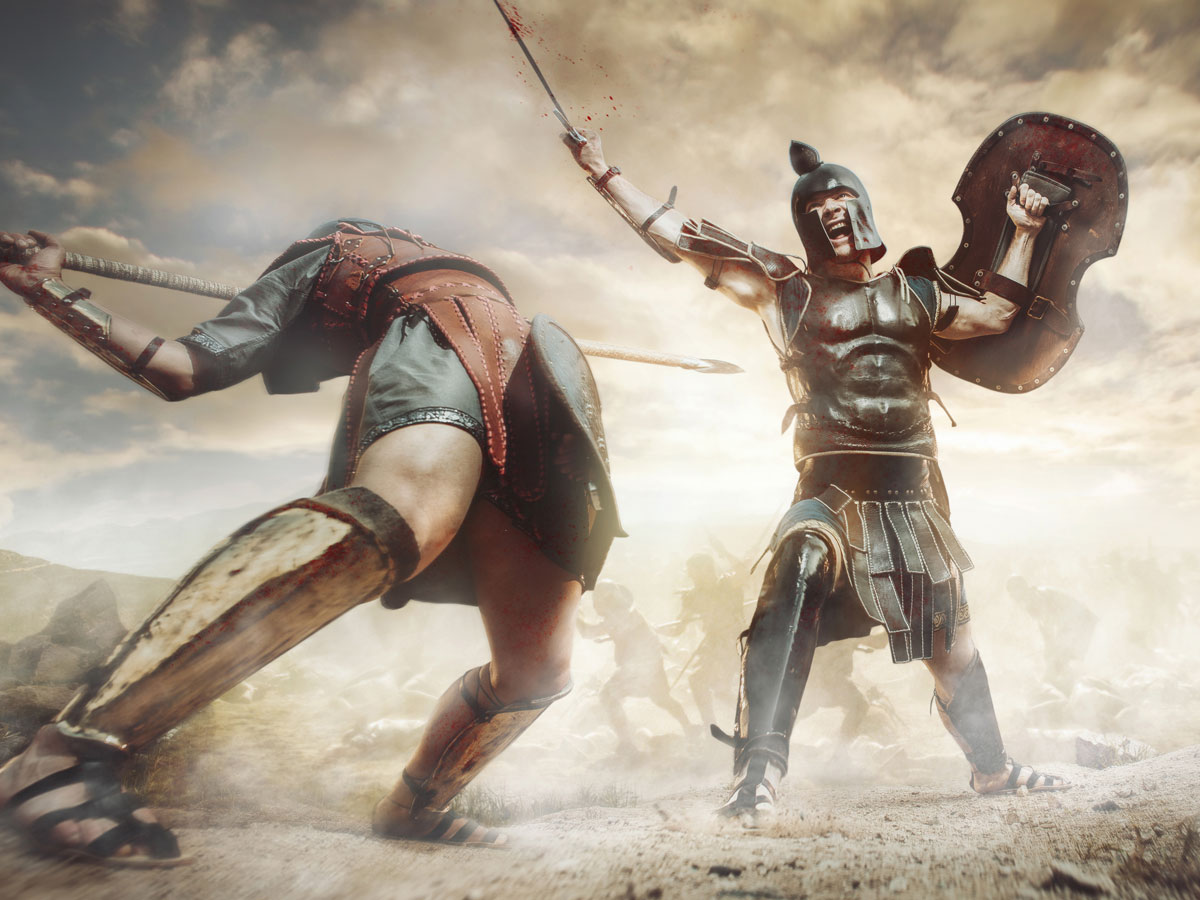 The warrior is a masculine archetype, but this does not mean that women can’t express the characteristics of a warrior. From what I’ve seen women are just as likely as men to fall under the influence of this pattern. The word warrior contains the word “war”, which is what this archetype is about. Conflict is the name of the game.

The Warrior Archetype in Battle

To exist the warrior needs a battle to fight. The first question you must ask yourself is, “Who your battles with?” Are you an actual soldier on the battlefield? Or is your war on the mental/emotional plane?  Have you considered the inner demons you are wrestling?

The gift of the warrior archetype is an outstanding amount of courage and composure. In the midst of the worst imaginable circumstances the warrior remains calm and rational. The masculine quality of action is embodied in the warrior. He has good instincts and is quick to respond.

When in your life have you tapped into a strength you didn’t know you had? This is the power of the warrior mentality. That sense of invincibility and resolve that nothing, nothing at all, can conquer you.

Intuitive abilities are frequently seen as soft, feminine traits. The alternative healing field mostly attracts women who are looking to mend and caretake. Warrior energy is often shunned because it is seen as destructive and careless. When we release judgements, there is much we can learn from this powerful archetype.

First of all, we forget that intuition is spontaneous. On the battlefield, the warrior doesn’t have time to mull over a decision. The warrior that doubts himself dies. The faster he responds, the more likely he is to survive and prevail. Too often we give ourselves too much time to doubt our intuition. A worthwhile test of our intuitive abilities is to get in the middle of a fast paced situation and see how well we follow our instincts.

Stories and movies about the samurai warrior with the sixth sense (warrior archetype examples: Crouching Tiger Hidden Dragon or the blind warrior ‘One Hundred Eyes’ in the Netflix series Marco Polo) show how the best warriors are those who trust their intuition. The empowered warrior can see the blow coming before anyone else. He can anticipate his opponent.

The best training for the warrior does not consist purely of endless rounds of mock combat. Hours of observation allow the warrior to learn how to open up beyond his body, listen with his whole being, and sense the world around him.

One of my favorite warrior archetype examples comes from the book Eldest by Christopher Paolini. The main character Eragon, a dragon rider and warrior in training, is instructed by his master to sit on a stump in the woods and do the following: “Open your mind and listen to the world around you, to the thoughts of every being in this glade, from the ants in the trees to the worms in the ground. Listen until you can hear them all and you can understand their purpose in nature. Listen, and when you hear no more, come tell me what you have learned.” Eragon is told later that he will master this training when he can, “watch one and know all.”

We often think of the warrior archetype in extremes. And he does seem to swing from composure to rage quite easily. Part of the healing challenge of this archetype is learning to manage emotions and find a healthy outlet for them. Societal norms asking us to be courteous and kind suppress the inner warrior. Regardless of your gender, this bottling up of anger without any training on how to channel it causes the unexpected eruption of violence that is becoming all too common in our world.

The suppressed and undisciplined warrior becomes the heartless barbarian. The violence is directed both outward and inward. The aggression does not need to be physical. It is just as likely to be in words that perpetuate shame and criticism. The shadow warrior is numb to pain, his own and that of others. He slays and injures without remorse. The sanctity of life is lost on him.

Take note as to whether you view the warrior as good or bad. Remember that each archetype has a light and a shadow side. In working with the warrior, this knowledge is one of your most powerful weapons.

The word courage comes from the Latin word “Cor” which means heart. To this day we still say that people have heart. That is to say they have inner strength. The intense fortitude of the warrior can help us through seemingly insurmountable obstacles. The hero archetype and the warrior have courage in common. The hero has the hero’s journey of many different settings and trials including battles, hardships, and riddles. The warrior lives on the battlefield.

The sense of invincibility of the warrior can lead to an inflated ego, but the true gift and power of this archetype is the ability to release selfish ends and conquer malevolent forces. The enlightened warrior knows that the true enemy is the enemy within. The power to face and triumph over one’s inner demons is the gift of the warrior. So too is a deep appreciation for the sanctity of all life.

The spiritual warrior drinks in the gift of life and cultivates this appreciation in others. He reconciles with the warring nature of humans by cultivating compassion in peacetime. He defends the innocent and is a champion for good.

There are many manifestations of the warrior archetype including but not limited to: soldier, samurai, ninja, gunslinger, guardian, sell sword, militant, minuteman, mercenary, Amazon woman, musketeer, and barbarian.