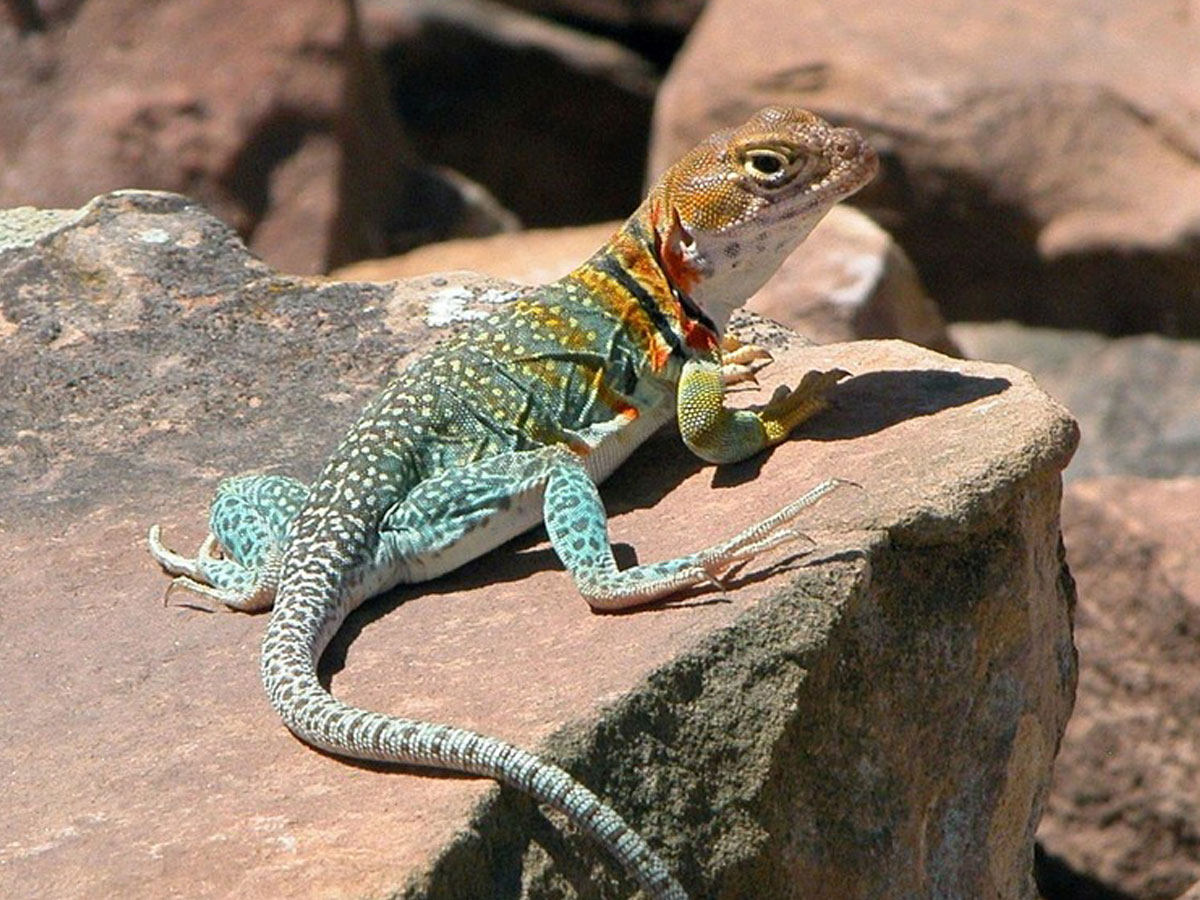 Lizard meaning is a global symbol, seeing that these tenacious and ancient creatures are found on all continents except Antarctica and in all environments expect deep ocean and extreme cold. The first ancestors of lizards arose on earth around 200 million years ago. There are an estimated 4,675 species of lizard around the world and they vary widely in shape, color and lifestyle.

What all lizards have in common is the primal, reptilian brain. Lizards share this brain type with other reptiles such as alligators, snakes and turtles, but I include this characteristic here, because of the contemporary name for the reptilian brain – the “lizard brain”. This is the part of the brain that drives the instinct to survive including fight or flight, mating, and eating. It also sees to basic bodily functions such as breathing and coordination.

We all have a lizard brain, which is simply the collection of the brain stem, cerebellum, and basal ganglia at the back of our brains. This part of the brain gets quite a bad rap these days because of the reactive and compulsive actions it drives. The lizard brain does not process emotions, store and retrieve memories, or create complex thought. We have other brains for that, but lizard does not.

Lizard symbolism is closely tied to instinct and survival. Yes, we can put politicians down for operating from their lizard brains, but this does not mean we should forget the power of this ancient way of thinking. It is necessary no matter how smart we think we are. When left to it’s own devices, the lizard’s thought process keeps us safe and provides for our basic needs. It also helps us react quickly when needed.

When we say we need to “go back to basics” we are drawing on the power of lizard spirit animal and forgetting all the complex machinations of the mind that cause us to overthink. Now is a good time to evaluate how your emotional intelligence and reasoning mind may have gotten you in a bind. It may help to give all that up and trust your instincts for awhile.

For an animal without the part of the brain that processes emotions, lizard sure does have a ton of charisma. He just drips with enthusiasm as he darts here and there. He looks like he’s smiling. He seems content resting in the noonday sun. There is so much that is captivating about lizard spirit animal. Are we just projecting feelings onto a heartless beast? I sure hope not. Lizard spirit animal prompts us to think that maybe emotions can just happen, without us thinking and processing them. By simply letting our feelings just be without labels we are liberated.

There is something to be said for naivety, for living in the now, and not worrying about the future. Lizard spiritual meaning can call us into careless bliss, giving us a much needed break.

Lizard, like all reptiles, is cold-blooded. Rather than meaning he is vicious and cruel, this means he is active when it’s warm and he rests when it’s cold. In snowy climates he hibernates all winter. Lizard meaning is about moving with the mood in our environment.

Lizard is closely related to snake, but is set apart by his four legs, external ears (in most species), and excellent color vision. In lizard meaning, this speaks to an increased mobility, openness to hearing what others have to say, and an appreciation for the vibrancy and variation in the world around us.

Most lizard species, unlike snakes, also have eyelids. The lizard’s ability to open and close his eyes shows us that lizard symbolism relates to knowing the world behind our eyes, the world within. Lizard spirit animal connects us to the dreamtime and our inner vision.

Different species of lizard have developed fantastic strategies to evade capture by predators. These tactics teach us about how we might respond in hostile situation.

The Australian frilled lizard has an large frill of lose skin around his head he can raise up to make him look bigger and more intimidating. Aboriginal folklore about the frilled lizard warns against overreacting to being rejected or unrecognized.

The Gila monster, who is also found in the American southwest and Sonora, Mexico, protects himself via a venomous bite. He literally has to chew the venom into his prey. Does your resentment build up as you chew on something someone said? The Gila monster’s skin is bright orange and black, presumably to warn predators of the danger. Do you try to give people a head’s up that they are about to offend you?

The gecko is one among many species that is able detach his tail when a predator has ahold of it, thus escaping with his life. He is able to regenerate a new, albeit lesser, tail afterwards. Are you quick to concede a point and sacrifice a value of yours just to get out of the argument?

Lizard meaning points to the evasion strategies that give us a chance to get out of or diffuse a situation before it turns dangerous. Being cool, calm and collected in the face of controversy and not getting sucked into drama is the power lizard spirit animal brings.

The Spectrum of Perception

Lizard animal totem embodies the entire spectrum of experience beyond the polarities of light and dark or hot and cold. This is evidenced by lizard’s keen eye for color, the myriad of color patterns different species of lizard have, and most explicitly in the way the chameleon changes his color. Other lizard species can also change the color of their skin or flash a vibrant throat patch to make an impression.

Lizard cannot vocalize (there are a few rare exceptions), so communication happens via body language. Lizard meaning teaches us about reading subtlety as well as demonstrating outwardly what we have to share. Having an appreciation for all the colorful members of our tribe comes with lizard symbolism. Honoring the full spectrum of ways different people see the world brings a richness to life.