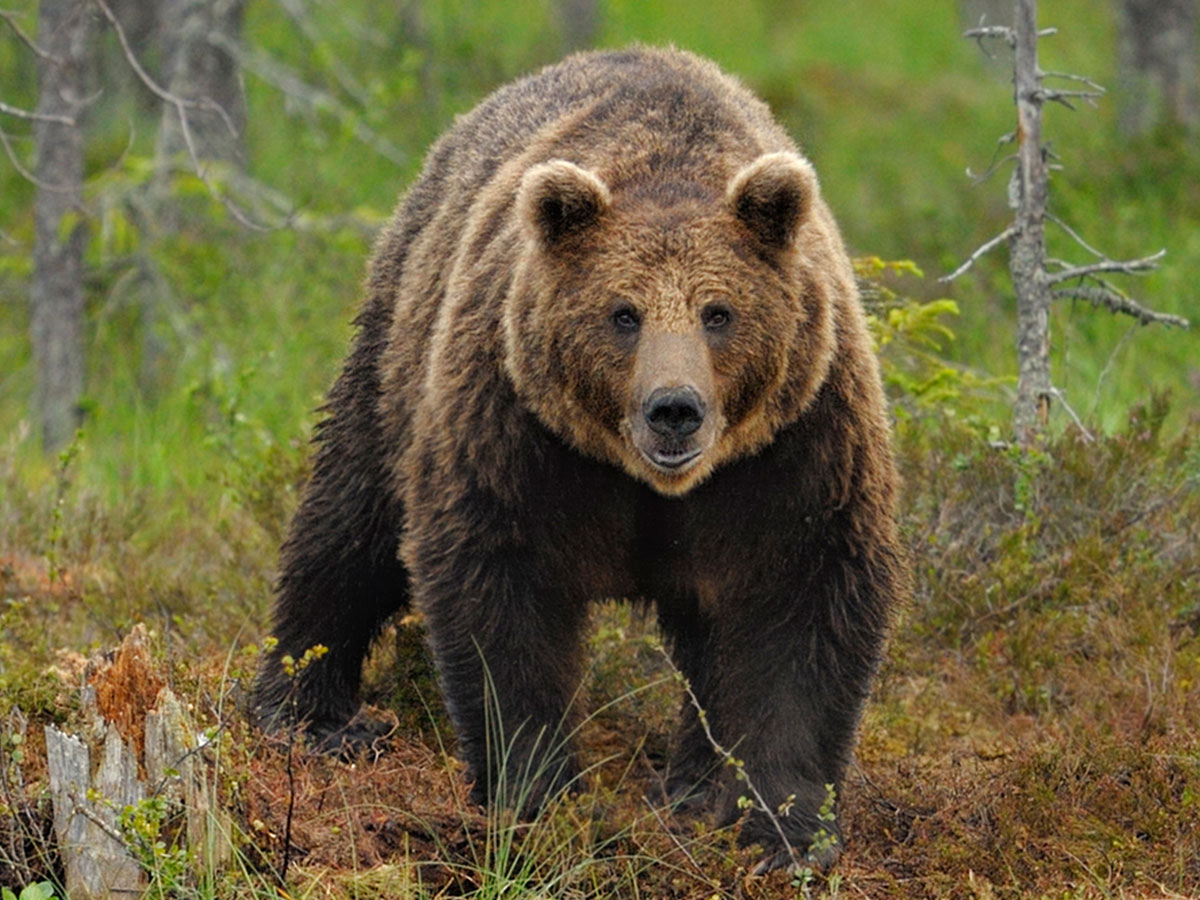 There are 8 species of bear around the world that live in everything from tropical to arctic habitats. Bear behavior varies from aggressive, as with the grizzly and polar bear, to passive, i.e. the panda bear. The meaning of bear spirit animal is closely tied with the archetype of the cave. Every species of bear uses a cave or den during their lives be it for hibernation, bearing young, or retreating from stormy weather.

Introspection in the Cave

A naturally formed cave or den dug in the ground symbolizes the womb of the mother. Bear meaning speaks to us of retreating into the womb of the Great Mother, the earth, for rest and protection. Creativity is born during this time of retreat as we see when the mother bear emerges with her bear cubs. We think that maturity happens when we leave the womb, but bear symbolism teaches different. Going back into the great womb, the void, where all of creation is born actually brings maturity. If we are constantly out in the world doing, doing, doing we never turn our experience into wisdom. The meaning of bear is to turn inward for moments of silent retreat, meditation, and contemplation to synthesize ideas and reflect.

This coming into the core of who we are to find the infinite knowing of the cosmos is the essence of bear spirit animal. People with the archetype of the hermit will understand how fruitful and critical this “cave time” can be.

There are actually only three species of bear that hibernate, the black bear, grizzly/brown bear and Asiatic black bear. If you are exploring the symbolism of these species, now is the time to consider what pace you are going at. These bears can go up to 7 ½ months without eating, drinking, urinating, or defecating. All of their energy goes to turning inward and slipping away into a trance. Bear spirit animal may be asking you to drop all worldly concerns at this time. They will adjust the length of their hibernation based on climactic factors and in the winters of warmer zones or years they may emerge multiple times during the winter to feed.

Now may be a good time to consider either slowing down if life has been fast-paced or waking up and emerging from the den if your retreat is near an end. It is important to remember that the bears do not instantly fall into deep sleep nor do they jump right out of the den and go straight about living.

There is an intensive period before hibernation called “hyperphagia” which is a period of excessive eating and drinking way past the point of hunger to fatten up for hibernation. The bears may eat five times as many calories as needed to survive. Bear spirit animal doesn’t suggest you run to the kitchen and start stuffing your face, rather that you gather as much knowledge and experience as possible before turning inward.

When hibernating bears emerge from the den, they go through a “walking hibernation” for 2-3 weeks. Those of us that have taken an intensive spiritual workshop know this as “re-entry”. This is a time when the bears eat less and move slowly. When we return home from retreat,  we have to gradually come back into the mundane concerns of the world.

Whether going into contemplation or coming out, the meaning of bear is to do so gradually and with thoughtfulness.

Bear symbolism is linked to the “mother bear” archetype around the world. Even the less aggressive species are still known for their tender and highly attentive treatment of their young. In the Greek story of the princess Atalanta, Atalanta is left in the woods by her father, the king, because she is not a boy. The Goddess Artemis is said to have sent a mother bear to take in Atalanta as her own. When Atalanta was grown, a party of hunters discovered her and the mother bear came to her defense. Similarly, the Wabanaki Pueblo people have a story of an abandoned boy who was adopted by a mother bear that later came to his defense.

Grizzly bears are famous for attacking and sometimes killing humans that get between them and their young. If you are a mother, you likely have had the experience of protecting your young. For others, the mother bear meaning is symbolic and you can work with the mother archetype. What creative projects or innocent beings are you in staunch defense of? Bear spirit animal teaches about using aggression as a healthy defense of the weak or abandoned parts of ourselves.

The 8 Species of Bears

Known as an adaptable generalist, the black bear is the most abundant and conspicuous of all bears. Once corrupted by the taste of human food, black bears can become obsessed. Think of your own associations to the temptations of the “civilized” world (digital gadets, TV, coffee, sugar, etc.) and ways you can remain one-in-yourself. The cave time will be an especially important retreat for those with this spirit animal.

People with the grizzly bear spirit animal as a guide should study the mother bear archetype within themselves and be sure they are utilizing their aggression judiciously. This bear is found in wild places and does not coexist well with humans. What aspect of you is still wild and untouched? How can you protect that aspect?

Known as the “Moon Bear of Tibet”, this bear has a distinctive crescent moon on its chest. The moon is related to feminine and intuitive qualities. This bear spirit animal can help you curl up around this part of yourself in the cave and find much needed nurturance in the darkness.

The sun or honey bear lives in the warm, tropical climates of Southeast Asia and is a forest dweller. It is the smallest and rarest of all bears. Forests are commonly seen as the realm of our unconscious, our inner “wilderness”. In the tropics, the forest is abundant, moist and rich. The sun bear naps in nests it builds in trees and adores eating honey. The sun bear spirit animal brings tidings of your own inner riches.

The spectacled bear lives in the Andean Mountains of South America and has distinctive white spectacles over its eyes. An inhabitant of the cloud forest and other uninhabited places, this bear teaches about what we can see and what vision we can bring back from a foyer up the hero’s mountain and into the dense forests of our inner landscape.

A lesser known member of the bear clan, the sloth bear lives in humid forests in India and Sri Lanka. These bears are nocturnal, sleeping in trees during the day and seen hanging from trees like sloths. The meaning of bear here involves moving at a slow pace all of the time and maintaining a gentle mindset.

Distinctly different from all other bears, the docile and glamorous panda bear speaks of seeing the world in black and white. Quiet and reclusive, the panda symbolism teaches about a detached, gentle way of contemplating the polarities of the world without judgement or irritation.