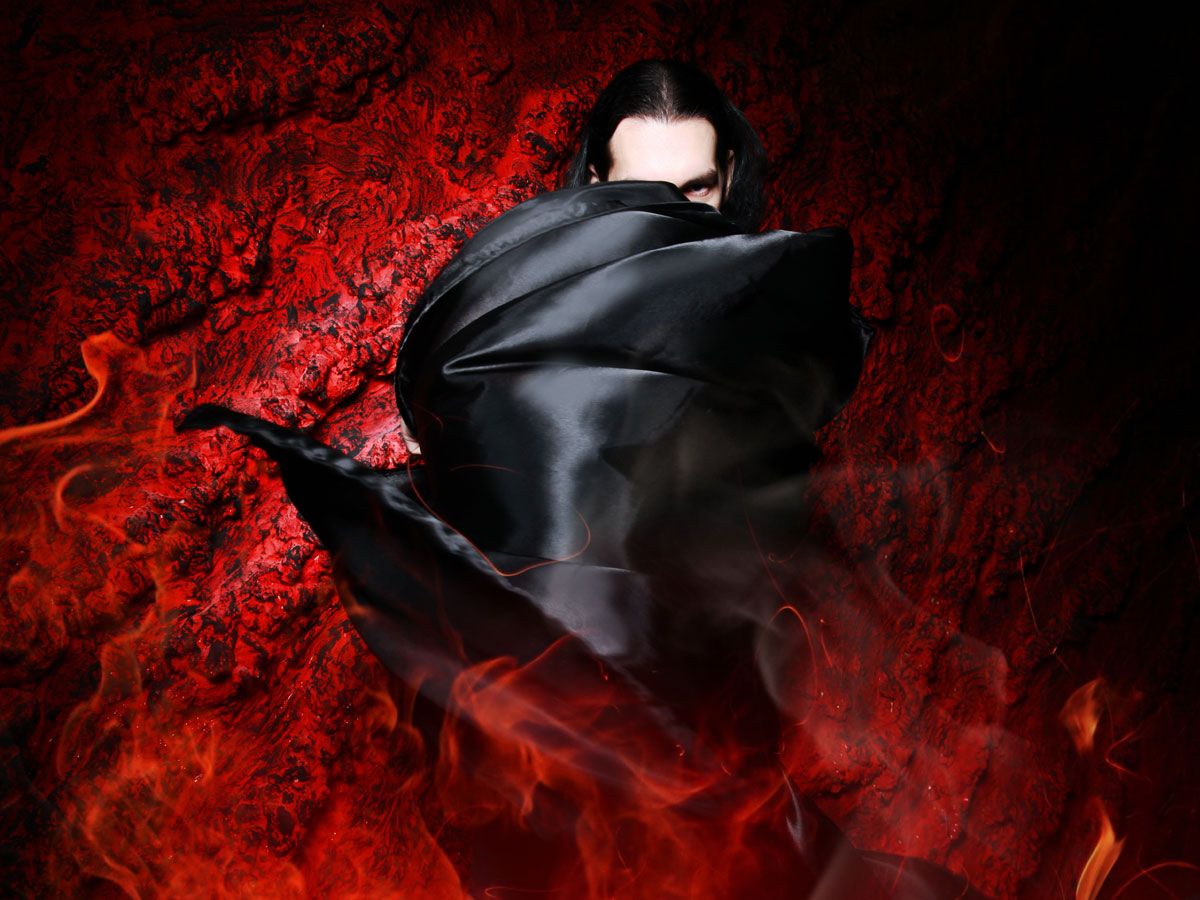 A deep, dark aura steeped in mystery and symbolism surrounds the historically demonized, currently glamorized vampire archetype. Energetically, yes, the vampire archetype represents people who drain your energy. However, it goes well beyond this oversimplification.

When you’re ready to go to bed, anyone wanting to keep you up and talk is going to be a drain on your energy. That doesn’t mean that they embody the vampire archetype. It means you’re tired and they’re not.

When considering if the vampire is one of the main archetypes you are working with, you need to look at the whole picture. Both the shadow and the light of the vampire must be present. In addition, important synchronicities with key symbols of the vampiric should be palpable as well.

Blood and the Vampire Archetype

With two sharp incisors vampires pierce the neck of their victims and quench an animalistic thirst. Blood itself carries heavy meaning for us warm blooded creatures. It is our life force, our means of transporting oxygen and nutrients and moving out waste. Blood is cleansing and nourishing like the sap of a tree. Blood provides us with life, vitality, and warmth. “To the ancient Greeks … blood engendered the popular sanguine temperament associated with the sun, warmth, cordiality, and magnanimity.” [1]

When we say that our blood is rushing or boiling, we are talking about passion. Blood symbolizes intense lovesickness and rage. Strong emotion is associated with blood, blood that is pumped by the center of emotion, the heart. The vampire is seen as pale and emotionless. In the light, the vampire archetype is warm and feeling.

Vampires are cold-blooded creatures who give up their souls in exchange for eternal life of the flesh. This craving for blood gives us a clue of the trajectory of the vampire archetype from the shadow to the light. The vampire’s evolution involves a loss of humanity followed by a longing for soul, for warmth, love and kindness. He drinks blood from the throats of his victims to try and heal the choice (the throat chakra involves the power of choice) he made to give up her humanity.

Paradoxically, it is when he gives up feasting on human blood and turns to matters of conscience that he returns to a life with soul. We see this in the TV series Buffy the Vampire Slayer (the characters Angel and Spike) and in the Twilight movie series (the characters Edward and the Cullen family) in particular. This is part of the light side of the vampire archetype, a conscious choice to give up the temptation of dark power that feeds off of others and live a soulful, loving and life affirming existence.

Mythology around the vampire tells us that he cannot cross a threshold into a house unless he has permission. The vampire archetype in the light teaches us the importance of asking permission before entering into someone’s private life. In the shadow, the vampire enchants his victims into doing whatever he wishes with a complete disregard for their own free will.

Some stories say that virgin blood is lethal for the vampire. That is unless he gets permission from the virgin to drink, then it can be a powerful boost stronger than average human blood. Again, the theme of respect of boundaries comes in. The virgin symbolizes an impenetrability, a purity, that the vampire lost when he took the devilish deal for immortality.

The vampire is not able to see his own reflection in the mirror. In the shadow, this archetype is associated with the inability to reflect on one’s own actions. Again, we see another way that a lack of conscience is shown in vampire mythology. In the light, the vampire archetype is self-reflective and conscientious.

Other stories tell us that the vampire cannot survive exposure to daylight. In the movie Interview with a Vampire, the vampires literally burned to dust when trapped outdoors in the sun. We all have something to hide, something that wouldn’t survive the light of day. This shows the shadow of the vampire and his need to hide his wicked acts. The vampire in the light, sees the light of day and shines in it (much like the vampires in the Twilight series) because his conscience is clear.

Many classic depictions of the vampire show him shape-shifting between bat and human form. In the animal kingdom, there are  vampire bats that drink blood from live animals including humans. Bat spirit animal has to do with death and rebirth. This parallels the energy of the vampire archetype in that the vampire’s immortal soul dies so that his mortal flesh can become eternal. Eventually, the immortal, blood sucking life becomes monotonous. The vampire begins to learn from history and find his trespasses too burdensome. He seeks to be reborn into his humanity. In this way, he enters into the life and death cycle which is the gateway to immortality.

The Buddhist goddess Chinnamunda correlates directly to the vampire archetype. Depictions of her show a youthful goddess holding her severed head. Blood shoots like a fountain from her neck (remember that vampires drink from the neck) and into the mouth of her disembodied head (some mythology around vampires says they can only be destroyed by beheading). She drinks her own blood and is symbolic of the life-death cycle.

“One who masters the yoga of Chinnamunda literally transcends death and attains the Buddhist equivalent of immortality.” [2] By dying to the ego, we encounter eternity beyond duality. The vampire archetype paradoxically helps us know what is immortal by helping us move into the the cycle of life and death.

“Chinnamunda brims with vitality in a scene of death and destruction, confronting the viewer with the most seemingly irreducible opposition in human experience, the polarity of life and death … she proclaims that death is essential to transformation. Death is to be understood not as the decease of the physical body but rather the demise of the illusion of separate, egoic existence and passage into a greater reality that lies beyond and yet within the self.” [2]

When considering the vampire in your own life, look for a keen familiarity with symbolic death and rebirth. We all go through intense cycles of transformation, but with the vampire, these cycles involve swings between cold-blooded passion and craving and into calm, warm blooded conviviality and generosity.

For more on the vampire archetype, view this video.

Want to know if you have the
vampire archetype?
Schedule an Archetypal Consulting Session
and Find Out!