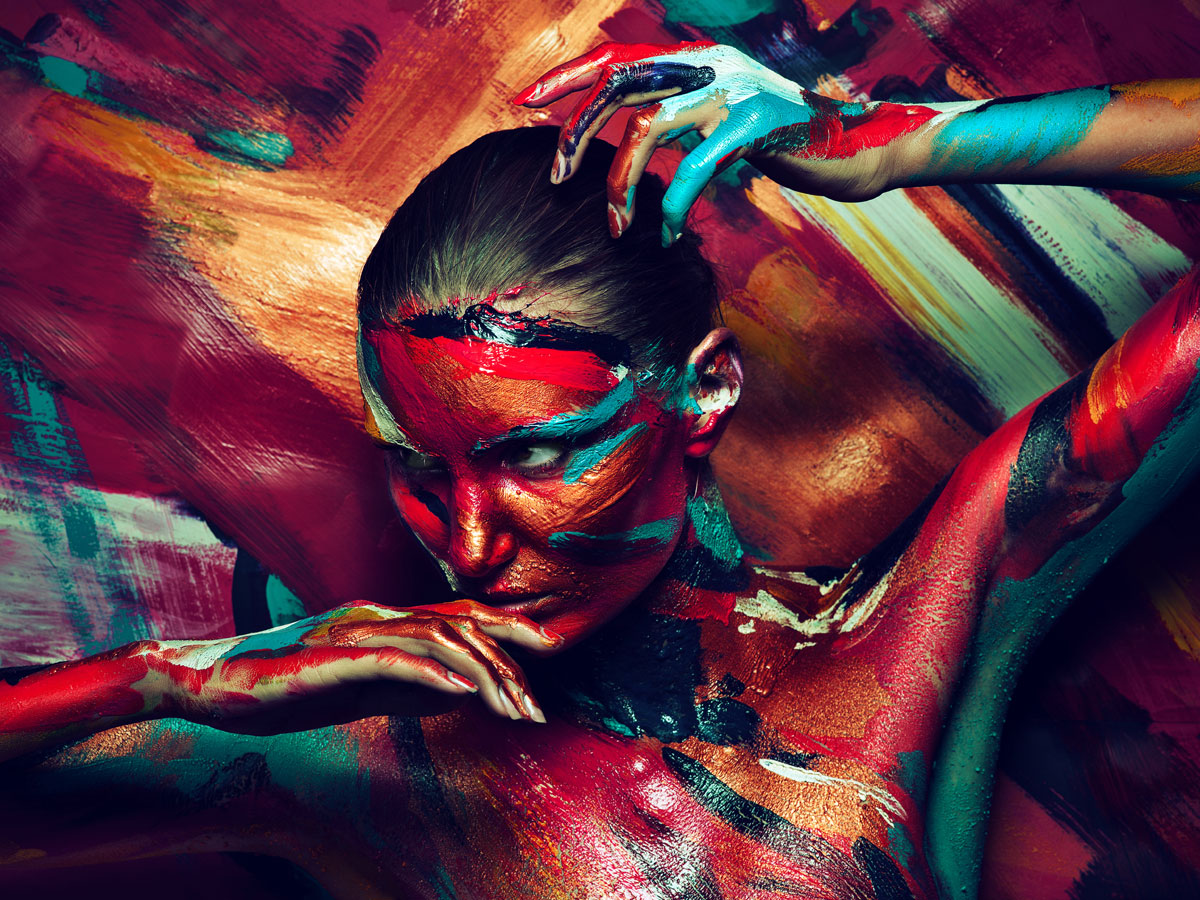 If you have this archetype it is likely that you easily slip into the skin of other archetypes. You probably struggle to define yourself because you feel you are all of the archetypes. All you have to do is think about an archetype and you all of a sudden are it.

The shape-shifter is detrimental when she wants or needs to know herself and she can’t. It is harmful when she tries to reflect on who she is and what she wants. For the shape-shifter archetype, feelings of hopelessness creep in. She can wonder if she is anyone at all. This is not about a sense of unworthiness or powerlessness. It is about not being able to pin down who she is and, thus, making the conclusion that she is no one.

The shape-shifter can manifest visibly as a person who completely changes her persona and look on a continual basis. We all undergo big transformations on occasion, or “make-overs” as the TV shows call them, but the shape-shifter has upwards of five make-overs a day. This is the person that you can’t recognize from one day, or even one hour, to the next. She doesn’t have any particular style. She changes hair color often or wears her hair straight then curly then wavy. The shape-shifter may change outfits three times in a day. Her appearance is constantly shifting to match current trends. She may look taller or wider or bigger or smaller on any given occasion.

Not everyone with the shape-shifter archetype changes physically. This archetype can also express invisibly. Without any shifts to outward appearances, the shape-shifter can modulate her energy field to such an extreme degree that she literally feels like a completely different person.

The friend that felt warm and welcoming yesterday is cloaked, cold and unreadable today. Last week she was scholarly and well read and this week she’s childlike and naive. For those of you without the shape-shifter, being in relationship with someone who is can feel like a constant betrayal because you think they aren’t being honest. Until you are able to understand that the shape-shifter archetype is what is driving the change, not necessarily a desire to deceive you, you may take things too personally.

Shape-shifters also can move between different layers of thought, reality, and consciousness. This intellectual morphing is even more confusing to by-standers. It may seem like the shape-shifter can’t make up her mind, but really she doesn’t know her own mind. She is of the mind of whatever atmosphere is around her.

A truly adept shape-shifter is able to wield the power of visible and invisible shifting that results in a complete transformation into someone, or something, else.

Mythology surrounding the shape-shifter archetype most often has to do with shifts between animal and human forms. There are countless stories throughout history and across all cultures of people turning into animals. In Native American tribes in the central and eastern U.S., there are myths about “Deer Women” who either shift back and forth between a woman and a doe deer or are a hybrid of the two (http://www.native-languages.org/deer-woman.htm).

In her book, Women Who Run with the Wolves, Dr. Clarissa Pinkola Estes tells the story of “Sealskin, Soulskin” from northern Inuit tribes. The main character is a selkie, a seal that can turn into a woman by shedding her seal skin. She was kidnapped by a man. He trapped her in human form by holding her sealskin captive. Dr. Estes likened the sealskin to the true, authentic “soulskin” of the woman. The woman forgot herself until she was reunited with her own skin. This is a beautiful reminder for everyone with the shape-shifter archetype that there is a skin that is the true, wild and free self.

Other classic mythical examples of the shape-shifter archetype are mermaids and werewolves. In countless stories, people are cursed and turned into any type of animal imaginable. Sometimes they are able to break the curse and return to human form as with the Princess and the Frog.

Relationship to the Shaman Archetype

The power to shape-shift, either literally or energetically, has long been associated with the shaman archetype. Shamans go into a shamanic journey trance and morph into the form of their spirit guides. A common practice in shamanism is to shape-shift into spirit animals while in a journey trance to receive healing and guidance for oneself and for others. In many cultures, it was believed that shamans were able to literally shift into animal forms.

Overlap with Other Archetypes

Due to the nature of the shape-shifter and her ability to take on other forms, stories about her often overlap heavily with other archetypes such as the trickster archetype, magician archetype, god archetype, enchantress/enchanter archetype, and spy archetype. It is easy to trick someone when you appear in a different form. The ability to shape-shift does appear to be a magical ability. Gods and goddesses, being all powerful, often used their power to change forms. Many shape-shifters are able to enchant and seduce people when in disguise. And, it is especially easy to spy on others when in an inconspicuous skin.

The Shape-Shifter versus the Prostitute

Many people confuse the shape-shifter with the prostitute archetype. In the shadow, the prostitute gives up who she is and what she believes in to make other people happy. She’s a classic people pleaser. She sells herself to be loved and liked, and to get what she needs from others. The shadow shape-shifter changes form for any number of reasons. She does so to go unnoticed and be noticed, to please others and to stand up to them, and to get what she wants and to be generous. Her shape changes just for the sake of changing many times.

The shape-shifter archetype is alive and well in popular culture these days. There doesn’t seem to be a fantasy movie or book around that doesn’t have at least one character that posses the power to shape-shift. The examples are far to many to list here, but I’ve collected a few to give you an idea.

In the movie Ladyhawk, Michelle Pfeiffer’s character is a hawk by day and woman by night while her lover, actor Rutger Hauer, is a man by day and wolf by night. In J.K. Rowlings’s Harry Potter books there are magicians that can shift into animals or that can altar their human appearances. In the Throne of Glass fiction series by Sarah Maas the form of magic that allows a person to shape-shift between different human and animal forms is considered the most dangerous of all magic. In Shana Abe’s The Smoke Thief, people are able to shift into dragons. The character Mystique in X-Men shifts between human forms. The robots in Transformers change between vehicles such as cars and planes to giant, armored robots in human form.

Animals that are examples of the shape-shifter archetype are: ladybug, dragonfly, frog, and butterfly.

Want to know if you have the
shape-shifter archetype?
Schedule an Archetypal Consulting Session
and Find Out!