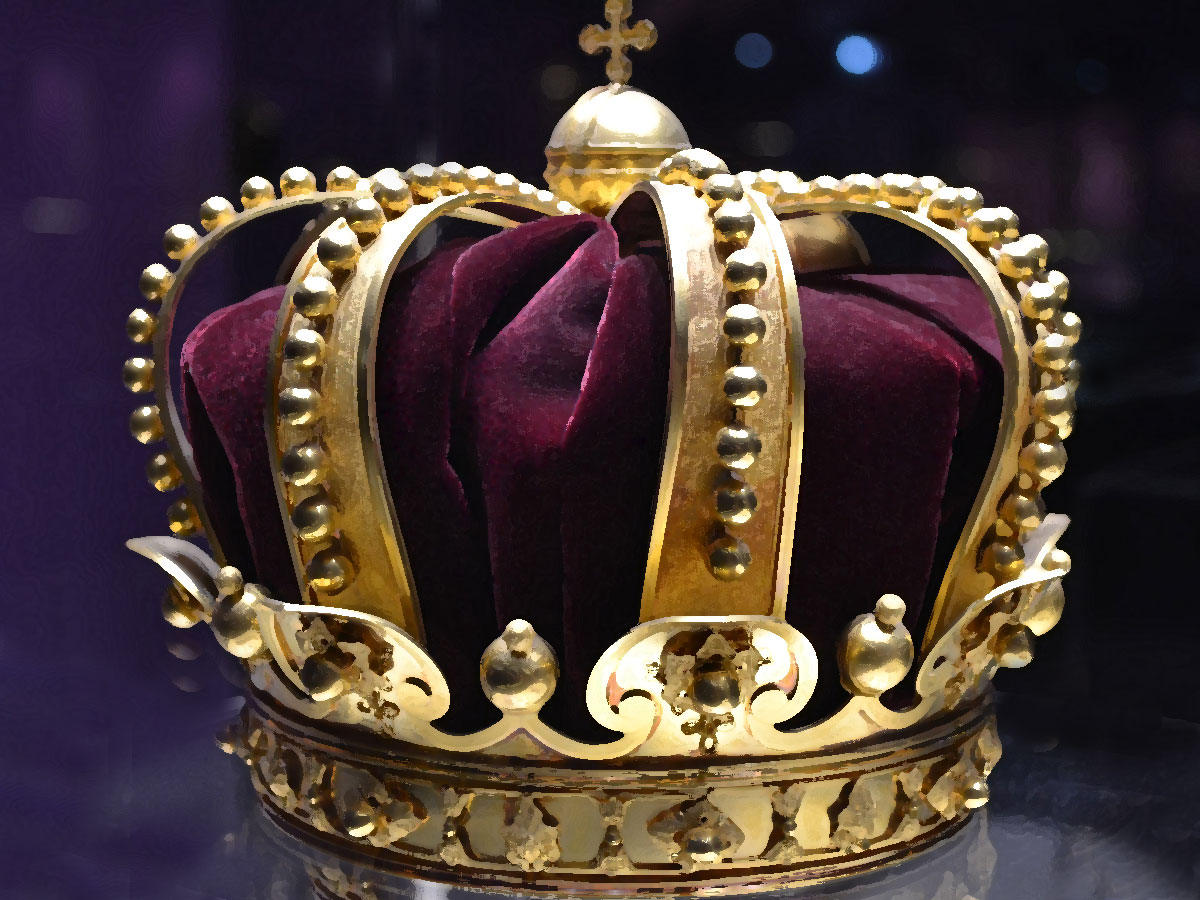 The Queen and King Archetype

Both rulers of the kingdom and royal court, the queen and king archetype are two sides of the same coin. On the surface, they simply play different gender roles. However, the expectations and inclinations of the genders are varied enough that we see completely distinct patterns of behavior and disparate mythologies arise out of each archetype. Before delving into the distinctive details, let’s first consider the commonalities.

The king and queen archetypes are first and foremost the singular authority over a set territory. Everyone in that land answers directly to them. When a country or kingdom has a pair of a king and queen, the primary authority doesn’t depend on gender. A queen who is in the line of succession can be the supreme leader regardless of whether or not she marries. Either way, the line of authority is clearly defined. A person with this archetype is likely to assume they are in charge.

Kings and queens are born into power, it is their birthright. A king or queen that poses a rivaling claim to the throne and wins is a usurper, which is another archetype all together. What we see with a true king or queen is the promise from birth that their royal blood will put them in the seat of power. They are often the favored child expected to inherit the empire and go on to do great things. On the other hand, we do have stories of the occasional ruler that ends up there unexpectedly. This happens when the deaths of earlier successors, especially siblings, makes it so.

Royal blood makes the childhood of the queen and king different. He or she is sheltered from the world, surrounded with lavish things, and educated specifically for his/her upcoming role. In essence, he/she doesn’t have a normal childhood. Think of childhood stars like Michael Jackson, the king of pop. When considering if this is one of your archetypes, these actual life circumstances are not necessary but metaphoric parallels must be. Even a longing for or obsession with a privileged life can fit here.

The experience of living a privileged life and not being able to connect with the subjects of the kingdom is another important element. The queen or king either embraces her/his role as being divinely ordained or struggles with wanting to live a “normal” life. He or she may vacillate between acceptance and resistance of the crown. It is, of course, lonely at the top.

Symbols of the Royal Rulers

Within these archetypes are important symbols. The throne is the seat of power. The person (or thing) of paramount importance goes on the throne. What are you placing on the throne in your kingdom? Is it your need to be in control of everything and attain power? Or your chance to spread compassion and facilitate stability?

The crown indicates the supreme authority as bestowed by God. There is no mistake that the queen and king wear a crown on the crown chakra. The belief is that they are the direct authority of the divine. God speaks through them. If this is one of your archetypes, be mindful of your assumption that you are always right. Clearing your personal agendas is critical to ensuring you wield your authority for the good of all.

Every king and queen has a royal court. Who do you go to for advise? Friends? Family? Employees? And, who waits for your decrees and does your biding? You can’t have this archetype without considering the court and your relationship to them. A monarch cannot rule without the assistance of others. If the members of the court are trustworthy or not is an important sticking point for those of you with this archetype.

And lastly, the kingdom. What do you consider your domain? Is it the office, your home, or your interior? The king and queen both need territory, whether literal or symbolic, to rule over.

According to Robert Moore and Douglas Gillette, authors of King Warrior Lover Magician, the king archetype provides the gifts of ordering, fertility/blessing, and mediation. The king archetype helps order the kingdom by setting and enforcing law as well as being the central figure around which everything and everyone revolves. In a realm with a good king, calmness and stability reign. The king ensures security and contentment of the land by producing offspring to inherit the throne and distributing blessings and/or wealth to his subjects. The king is the direct mediator between God and the people, serving as a conduit for the Divine.

In the shadow, the king archetype is the tyrant, despot, or dictator squashing any doubt of his authority, forgetting the welfare of his subjects and ever hungry for more power. The shadow king may be the conqueror looking to increase his territory, treasury and reach by overthrowing other kings. He is no longer the conduit for God, but God himself, the supreme ruler. He wipes out the advisers of his court and replaces them with mindless guards and submissive military captains. This king wants an empire, not just a kingdom.

The king archetype in the shadow can also become the mad king who becomes psychotic and turns on his own people. His unpredictability breeds fear in the populace. On the other side is the weakling king who hides behind the throne (i.e. his position or title) afraid to confront his adversaries in court or on the battlefield. In the Game of Thrones series, Joffrey and Tommen Baratheon are perfect examples of the tyrant and weakling.

Oftentimes, women choose the queen archetype for her shadow qualities. This is one of the few instances where I see a wicked pleasure come out of choosing an archetype for the shadow. Most of the time the shadow is seen as shameful, but in this case the authoritative “off with their head” brazenness of the shadow queen is a point of pride.

The shadow queen can be the evil, wicked queen who’s lost her own head. She runs wild in an effort to uphold her power and dominate her subjects. She rules through cruelty and aggression. Her emotions of defensiveness and/or vengeance take over. These rages stem from the sense that her personal power is under threat.

The evil queen doesn’t have control over her own inner realm, let alone her outer kingdom. There is a deep seated fear that she will lose her power. This is foreboding is self fulfilling because the evil queen has already lost power over herself, so her fall from power is imminent.

The other face of the shadow queen is the ice queen who has worked so hard to not let her emotions dictate her actions that she shuts down completely. The ice queen is not able to connect with those she’s in charge of. Thus, she does not care properly for her people.

The queen archetype has a tougher go of things than the king in many instances. In our patriarchal society women are not inherently believed to posses qualities of leadership. The members of the court, not believing in her leadership, often seek to influence, undermine or even circumvent the queen’s actions. The people surrounding her often are at odds. She feels alone in her decisions with no one to confide in. She will have to confront betrayal with swift consequences or lose her throne.

In the light aspect, the queen brings forward the feminine qualities of compassion, receptivity and inclusivity. The benevolent queen is able to feel her way through what her subjects need and deliver balanced proclamations. She rules with a firm kindness that has zero tolerance for malice but judiciously hands out mercy. She accepts her lonely station with grace, demonstrates great courage, and is like the tree that bends in the wind but does not break. The benevolent queen receives her power through the adoration of her people. They serve her because they want to and the whole kingdom accomplishes great things.

As the preeminence of the king and queen has waned in politics over the last few centuries, the archetypes have resurfaced with great fervor in pop culture. This shows our collective, eternal draw to these universal symbols. There is no way to list all of the recent movies and TV shows that feature the king and/or queen, but here are a few of my favorites that are great studies of these archetypes: The Crown (Netflix), Game of Thrones (books by George R.R. Martin and HBO), The Musketeers (BBC), The Tudors (HBO), The Last Kingdom (BBC), The Lord of the Rings Series (books by J.R.R. Tolkien and movies) and Queen Ramonda in Black Panther. In many of these examples you can find the imposters to the throne as well as those characters that truly posses the royal archetype.

Want to know if the king or queen is one of your archetypes? Click here to schedule an Archetypal Consulting Session