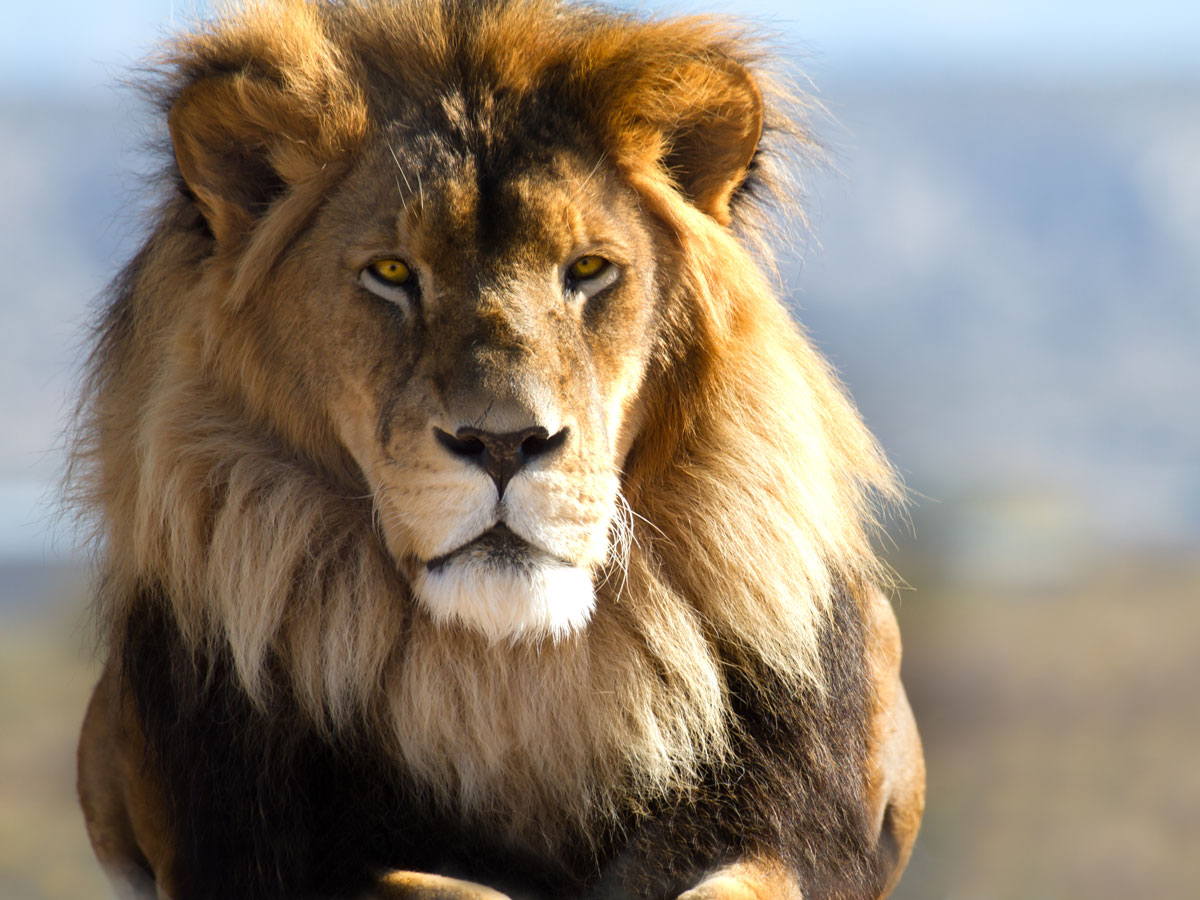 The king of the jungle, lion symbolism represents royalty and supreme authority. Most people think that having lion as a spirit animal means they get to be the king or queen and boss other people around, but ultimately this is about ruling your emotions and actions. Forget needing to be in charge of the world. Be in charge of yourself. Having the true heart of a lion is being the master over yourself, acting from your values, and staying in integrity.

Lion spirit animal symbolizes strength, bravery and courage. The root for courage is “cor” which is the latin word for heart. To have courage is to have heart. Too many people mix lion symbolism with pride. At a surface level, people who are the astrological sign of Leo (the lion) are said to like attention and being on stage. They shine like the sun. Lion spirit animal is so much more than popularity and admiration.

Lion symbolism carries a deep courage that manifests as an ability to bravely speak what is in one’s heart and to follow one’s heart. More than being popular, lion symbolism teaches us how to shine our light and our creativity in the world to bring joy to others.

Lion prides are a majority female. The lionesses do the lion’s share of the work, raising the young and hunting cooperatively for food. Some of the first cave drawings from thousands of years ago depict cave lionesses hunting prey together. Lioness symbolism carries the power of the feminine to work together rather than compete, to share the prize rather than compete for it. Even though male lions are fierce and impressive, true lion power resides in the feminine.

When asking yourself “What does lion symbolize?” look at where in your life you can you embrace the qualities of cooperation versus competition. Working together and sharing with others open can you up to the power of the divine feminine allowing you to love and live more courageously.

What Does Lion Symbolize?

The male lions are the figurehead, but they do help by guarding territory. Protection is a common theme in lion symbolism. The glorious manes of male lions mimic the sun’s rays. Lion spirit animal is associated with the heat of the sun and its life giving power.

Lions typically rest during the day and hunt at night, so there is debate as to whether they are associated with the conscious power of daylight or mysterious energy of night. Both are likely true. Ultimately, lions are open territory beasts, found in the sweeping landscapes of the African savanna. This speaks of one’s actions being visible or out in the open.

Lion spirit animal can help you gather your courage to be seen and manage the responsibility of having all eyes on you.

Many deities from all over the world have a lion head and human body. They carry the associations of wisdom and protection. The carnal traits of the lion, a wild beast, are elevated for supreme good helping humans progress along the spiritual path.

Among the Egyptian pantheon, Sekhmet is the most famous lion headed goddess. Sekhmet is known as the “One before whom evil trembles” and is a goddess of solar rays, hot dry wind, healing, and protection of pharaohs [1]. Sekhmet and Tefnut (another lion headed goddess) are both associated with the red lion, which is a symbol of purifying alchemical fire.

Narasimha is an avatar (manifestation) of the Hindu god Vishnu. In this incarnation, Vishnu has the head of a lion. He is the ‘Great Protector’ that guards his followers from evil. Vishnu himself is one of the supreme deities of Hinduism, known as the “Preserver.” This again reflects the themes of royalty and ultimate authority in concert with lion symbolism [2].

Simhamukha is a lion-headed female Buddha who transforms anger into wisdom, helps clear harmful patterns that obstruct the way to enlightenment, and symbolizes playfulness and bliss to to followers of the Dharma (Buddhists).[3] She protects from the evils within such as lust, rage, and fear. She is often depicted as lion headed with blue skin, but, like Sekhmet, can be depicted as a red lion.

Simhamukha is a wisdom dakini (goddess) that resides in supreme bliss that is eternal, immortal, and  unaffected by the external world. Followers of Tantric Buddhism best suited for Simhamukha’s teachings are people with excessive passion, especially anger. Simhamukha teaches that taking things personally, grabs for power, and other base expressions of hate and rage lead to suffering. She ferociously guides her empassioned followers through anger rather than around it, using this raw power as a means to cut off attachment and craving at its root.

Lion spirit animal is like the gods and goddesses that bear her face, she hasn’t come into your life to simply help you become more important or more powerful than other people. At the deepest level, she’s come to transform your heart. True courage is not about controlling or forcing others to your will. True courage is the ability to overcome your own fears, to master your own emotions, and find equanimity within. This leads to true and lasting peace.

Buddha was born into a royal family that had the lion as its sigil and the symbolism of lion shows up repeatedly throughout his life. Buddha consistently likened himself to a lion.[3] Buddhists say that Buddha’s teachings are the “lion’s roar” for his words sound louder than any other. His teachings carry ultimate spiritual truth and are “bold and thunderous.” [4]

Some people mistake lion power as an excuse to drown out other voices, to push one’s opinion on others. Lion does not go around roaring all day. His voice is a rare interruption to the cacophony. Choose and use your words wisely. Think before you speak. Are you acting out of personal selfish agendas, or is what you’re sharing for the good of the whole?

Be mindful. Proving someone wrong, lashing out, and acting defensively are misuses of the lion’s roar. Wait until you have a quiet mind and heart before speaking. Ask for the help of the angels, god, Creator, the universe, or even a lion headed goddess to purify your heart. Then the roar can come from full lungs and a clear intention.

Seeing Lion in a Dream

Seeing lion in a dream speaks of the blessings of the power of lion spirit animal, bravery and strength. You may just now notice the need for courage in a situation or relationship in your life. This is especially true if you are fearful in the dream. Or, lion spirit animal may be coming to affirm that you have overcome a great obstacle within yourself.

Either way, don’t forget that you are not alone. Courage comes from the heart, the same place through which cosmic love flows. Just as the angels can fill your heart with love, so too can they fill it with courage. Lion spirit animal is one of the angels most skilled at doing so.

The book titles in bold are books on my recommended reading list:
[1] Goddesses for Every Day: Exploring the Wisdom and Power of the Divine Feminine around the World by Julie Loar
[2] https://en.wikipedia.org/wiki/Narasimha
[3] Buddhist Goddesses of India by Miranda Shaw
[4] https://www.accesstoinsight.org/lib/authors/nanamoli/wheel390.html

NOTE: There is a separate article for Mountain Lion spirit animal. Click here to read.