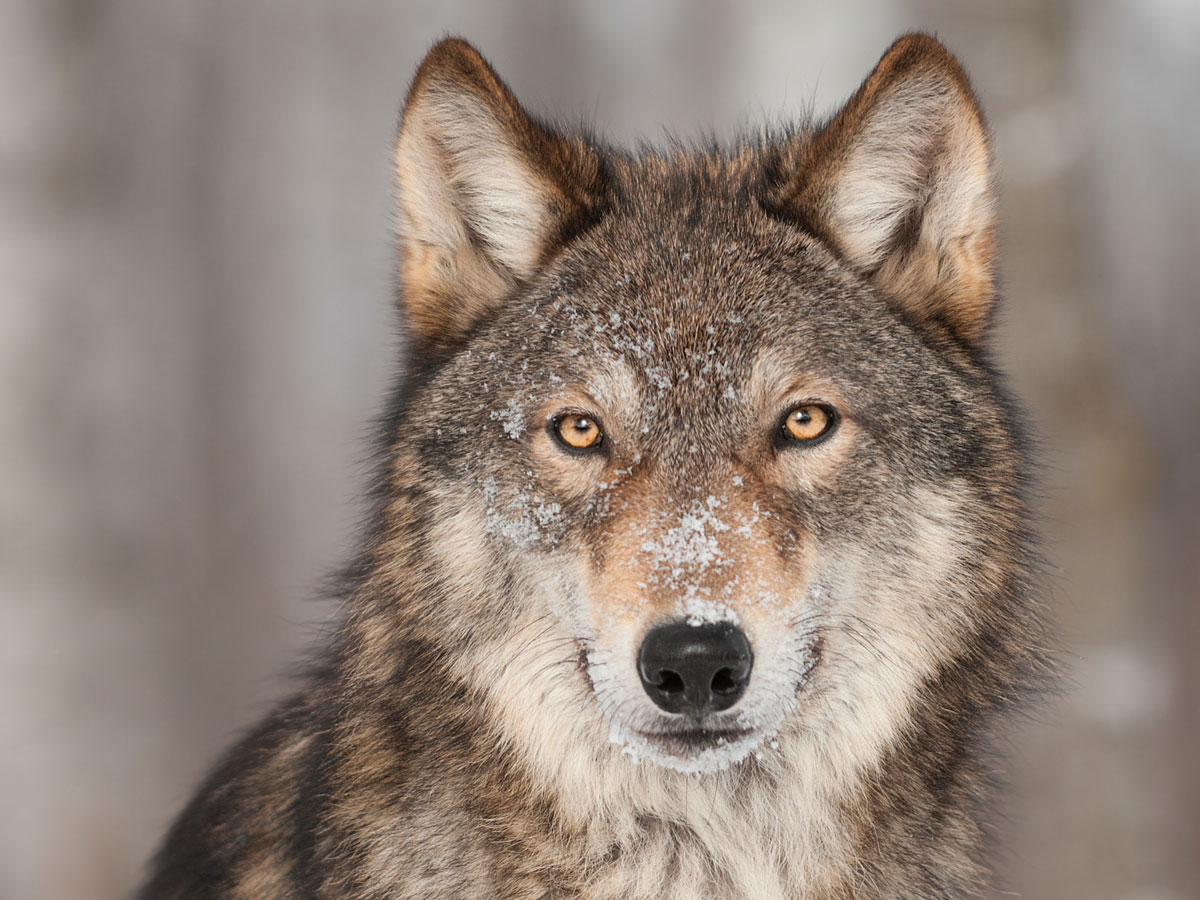 Wolf spirit animals embody a wide range of qualities in the human psyche. Just think of how many stories you’ve read and movies you’ve seen that have wolves or werewolves as characters.

Most obviously, wolf symbolism is about dismantling fears and not letting them control you. When wolves used to roam the habitat around our small towns, many people feared going out at night. Despite the myths, thank you Red Riding Hood, wolf is not a vicious man-eater. It is truly the stories in our heads about wolves that make them much more dangerous than they are. This is the case with other fears we own. They are illusions, blown out of proportion to prevent us from venturing out into the unknown.

Remember the saying, “we’ll feed you to the wolves”? This conjures up images of a ravenous pack tearing us to shreds. Over the centuries, there has been a projection onto wolf as being a malicious, mindless killing machine. Luckily, awareness about the incredibly complex and intelligent nature of wolves is expanding. We now understand their capacity for caring and nurturing young as well as the intricate, subtle communication that exists between them.

Wolf as a Witness

When we think of wolf we often think of him chasing down big prey with his pack. We picture him fighting with a pack mate over a carcass. We imagine him howling at the moon. We don’t usually think of wolf watching quietly in the background, but this is often what he does. Wolf is not born knowing how to behave or hunt. As a pup, he learns by watching and this habit carries over into the rest of his life. He will sniff out a situation before moving in. Wolf will lurk on the perimeter, watching, until he determines the best course of action.

Wolf spirit animal teaches us about the power of detachment. Many of you may have heard of the concept of being a witness in your life. This entails watching your life as if it were someone else’s. If you’ve studied your triggers you’ll know that being a witness means not being triggered by a situation. This doesn’t mean you don’t care or love or feel. It just means that you let go of trying to force a certain outcome. You let go of the need to be right. You stop trying to direct everything to serve your own needs. You stop distrusting others and trusting in the nature of the universe.

How many of you are familiar with the term “alpha male” ? A scientist conducting studies on captive, unrelated wolves in the 1930’s and 1940’s developed our notions of pack structure. Many people are now aware that if you’re not an alpha, you’re a beta in the middle of the pack or, heaven forbid, an omega at the bottom. We’ve carried this term over into our own social structure. We see our scraping to get to the top as the natural order of things, and have used the analogy of the wolf pack to justify our behavior.

More recent research conducted on wild wolves has revealed something different. Packs are not dictated by a set of leaders who’ve fought their way to the top. Nor are they composed of a group of submissive followers, but instead packs are family groups that are run by the parents. This paper by renowned wolf researcher David Mech sure turns things on their head: http://www.wolf.org/wp-content/uploads/2013/09/267alphastatus_english.pdf.

Regardless of the true nature of pack social structure, we like to think of leadership as a static position. In reality, leadership in the natural world is a fluid notion that changes by the moment. Leadership seems to depend less on dominating another, and more on earning their following over and over again. The “submissive” member of the pack always has a choice whether to comply in the moment or not. Different leaders have different styles. Some are more quiet, others more gregarious. Leaders can be aloof or everyone’s best friend. We see this demonstrated in the wolf world and in our own.

If you have concerns over your role in a group and are tired of fighting for position, now is a good time to let go of the idea of the alpha. What qualities can you embody that will earn respect of others, and, even better, yourself? Part of being a witness is releasing concern over what other people think. What is your style of leadership? What do you look for in a leader? Wolf spirit animal offers you the opportunity to stop wasting your time thinking you weren’t born an alpha and start practicing the qualities you look for in a leader.

“At the beginning of the world, the Great Spirit sent the wolves out into the wilderness to measure the earth. They came back to the Great Mysterious One and told of what they had experienced and learned. Great Spirit said, ‘As you have named it, so it shall be.’ Wolves clearly interpret and impart the way to others.” – How to Find Your Spirit Animal by David Carson

“Because they wandered it was believed they knew everything.” – Animal Wisdom by Jessica Dawn Palmer

In many North American tribes, wolf spirit animal is the quintessential teacher. I go a step further an call wolf a “guru” because all great gurus are essentially great witnesses. Gurus are able to quietly watch their students struggle with tough questions and wrestle with uncomfortable truths. They have infinite patience, waiting for the student to come along at whatever pace they may. Gurus are willing to release the outcome and endure immense hardship without irritability. Gurus are also believed to know everything.

Teachers and gurus alike must be able to adapt their style of communication to match the student because not everyone learns the same way. Knowledge must come through different channels to be assimilated. Wolf has three ways of communicating: visual (body language), verbal, and scent.

Gurus are incredibly good at discerning truth from illusion. To discern is to distinguish, separate and differentiate. My friend Margaret Burkesmith teaches that discernment is, “Sitting very close to something and allowing it to spontaneously reveal itself.”

Wolf has a superior sense of smell, and smell in religious symbology is linked with the skill of discernment. We don’t pass anything into our mouths without smelling it first just like we do not let any idea into our spiritual life without first discerning if it serves our path. Smell is likened to the ability to discern good from evil. Wolf spirit animal teaches us a great deal about the power of discernment.

The olfactory region of nasal cavity in wolf is 14 times that of humans and his nose is 1,000,000 times more sensitive to odor than humans. Wolf has somewhere around 280 million olfactory receptors. When a wolf stops to smell the marking of another wolf, he can tell how long ago that wolf was there, who exactly the wolf was, the gender of the wolf, and countless other things.

Now is a good time to pay attention to your own power of discernment. How much do you know, really, about what is going on in and around you? Can you take more time to sit with it and know more?

We so often picture gurus sitting cross-legged, in meditation for hours. They are allowing truth to reveal itself. Wolf spirit animal, our guru of the wild, watches quietly from a distance doing the same.

ONE WAY TO HELP THE WOLVES:
At Wolfwood Refuge in Ignacio, CO, I had the great fortune of meeting and interacting directly with wolves. Not only are wolves in the wild hunted and harassed due to misunderstanding, but wolves and wolf hybrids raised for domestication are continually discarded, mistreated and abused. Paula and Craig Watson offer these abandoned and mistreated animals a forever home where they have the chance to live outdoors in big enclosures with others of their kind. If you live nearby you can visit yourself. Anyone can donate to help out. http://www.wolfwoodrefuge.org