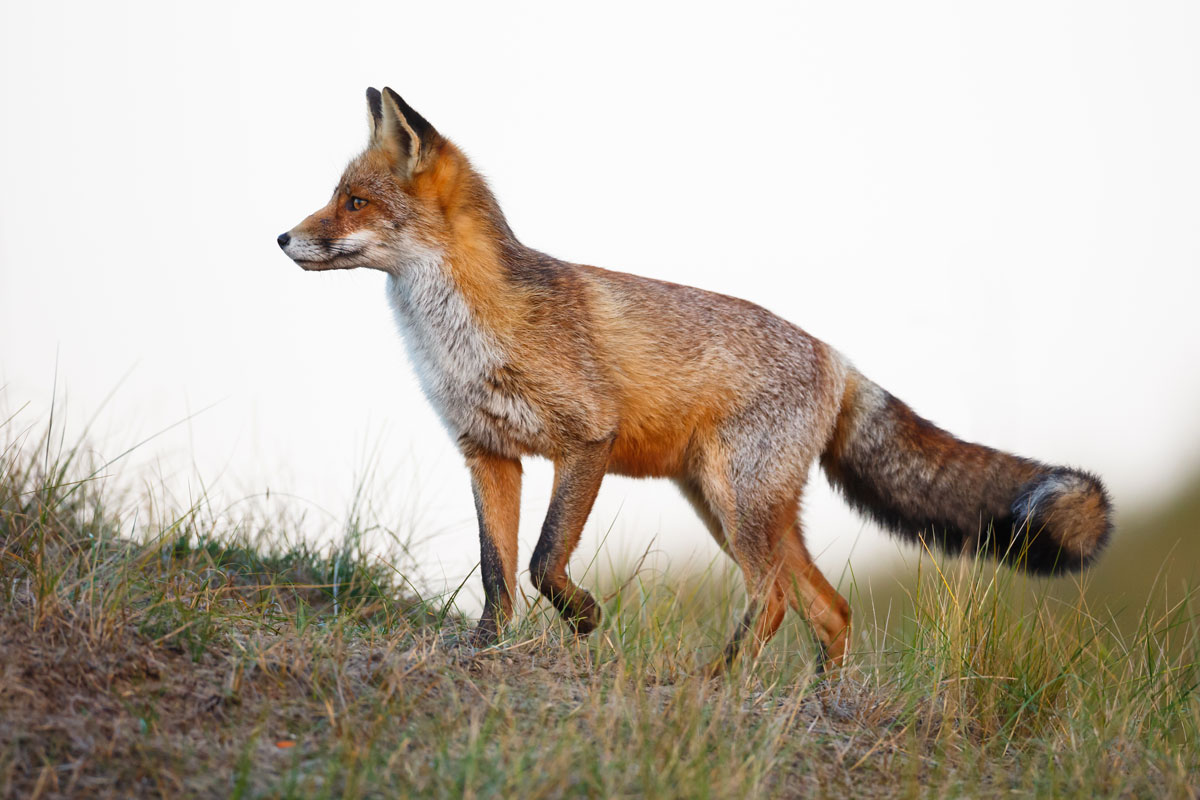 Foxes are versatile and diverse. Did you know that there are five species of fox in the continental United States alone and over 20 worldwide? Some species like red foxes cover many habitats and commingle with human habitation. Other species like the swift fox remain in a particular habitat. Let’s review a few species to get a glimpse of the unique power and symbolism of the talented fox.

The most prolific and common fox native to North America, the gray fox, is a fairly secretive creature that prefers to stick to woodlands and rarely venture into the open. She is identified by the black stripe down her back and tail, gray and black peppered coat on her back, and black-tipped tail. Her coat does include other colors such as white, red, and orange and works as great camouflage. Gray fox symbolism speaks of disappearing into the background and the costumes we wear. If you are exploring the ways you go unnoticed, the gray fox is a great companion. There is power in being invisible.

Gray fox the only fox that can climb trees. Her strong association with trees reminds us that we need deep roots to climb to higher heights. As places that provide shelter and protection, forests can symbolize darkness and chaos or sanctuary and introversion. The gray fox blends right in to calm or chaos and helps us navigate the gray areas of our lives.

The widest ranging of any fox species, the red fox is native to Europe and Asia and was introduced to North America by European settlers. She is distinguished by her red coat, black socks on her front feet, and bushy tail with a white tip. Red fox is the fox most commonly pictured stealing from the hen house and she is very comfortable in urban environments. Chances are if you saw a fox in your neighborhood that it’s a red fox.

Red fox is commonly the clever trickster in fairytales that makes away with some prize or another. Her clever and swift nature are so strong that she is the main focus of fox hound hunts. It takes an entire pack of dogs and herd of men on horseback to have a chance at tracking her down. If red fox spirit animal has made it into your life, now is a good time to examine your own cleverness. Who are you outsmarting today? Sometimes we are too clever for our own good and other times we need to think way outside the box.

Kitsune is the name of two species of red fox in China. In Chinese folklore, kitsune are magical beings who are extremely wise. These are the foxes that guard the temples of the goddess Inari and travel with her. There is the belief that kitsune shape-shift into beautiful women at the age of 50 years. There are fairytales of hunters who discover that their wives are actually foxes. These lady foxes exhibit seductive cunning that is associated with the Don Juan archetype.

Descended from gray foxes, the island fox is a rare species of fox that is making a comeback from the brink of extinction. She looks very similar to the gray fox, but like many island natives, she is smaller and genetically distinct. The island fox spirit animal teaches us how the camouflage we wear can cause great isolation. This is both beneficial and challenging. If you are feeling alone, now might be the time to drop all the costumes you carry and come out of hiding. If you need some alone time, camouflage is the perfect medicine. Isolation reminds us of our own uniqueness and brings us closer to our true self. This is the species of fox I write about in Gracious Wild: A Shamanic Journey with Hawks.

The swift fox is native to the grasslands of North America and does not adapt well to other environments or human impact on the land. The kit fox is a close relative and is native to arid habitats such as deserts and chaparral landscapes. Such specialization in habitat makes the swift and kit fox examples of the power of getting specific. Both species live in open habitats, but are hard to spot because they are nocturnal and in remote areas.

Swift foxes are dependent on their dens as hiding spots from predators. In looking at the meaning of these foxes, the need to find sanctuary and hide away in the dark will be more prevalent. You will likely see one of these foxes on a visit to a national monument, state park or some other protected wild habitat.

Different species of fox hybridize and create crosses. The fox pictured at the top of this post is likely a hybrid of a gray and red fox as she carries characteristics of both. This shows us that all of the qualities mentioned above may come in when considering fox symbolism. It is up to you to use your discriminating nose to determine which qualities most resonate with you.

One of the most fascinating things I learned about foxes during my 10 month tenure caring for a group of them is that they are extremely adaptable in their diets. They eat everything from fruits to bugs to carrion to eggs to quail to mice and rabbits. One of the best parts of my day was making up different meals for them. This adaptability has contributed to their worldwide success and helps them fill an ecological niche apart from their close cousins the coyote and wolf. They are closer to skunks or raccoons in their eating habits, which makes them less dog-like than we might think. This shows that adaptability and the ability to blend into different environments leads to success. How can you cultivate your own adaptability?

Fox is in the canid (dog) family, but in many ways she is more cat- than dog-like. She jumps, leaps, and strides like cats in that smooth and agile way. Her similarity to cats reminds us to not get too entrenched one group or the other. The old dispute between cats and dogs is remedied in fox.

For all her adaptability, fox is usually monogamous and she sticks to a territory near her den the majority of the time. Fox spirit animal reminds us that no matter what costume we wear or shape we’ve shifted into that it is important to know and tend our sense of “home” whatever that might be.

Want to work with Stacey to discover the
symbols and stories that touch your soul?
Schedule a Spiritual Direction Session